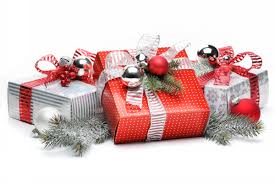 Sigh! Every December the same old question returns: "What do you want for Christmas?". And every year I'm performing the same ritual: scratching my head and admitting I have no idea.

Since I'm suspecting I'm not the only one who's suffering from giftitis, I do want to help my fellow sufferers. And what a coincidence, almost everything that made the list is related to whisky.

The Isle of Arran's only distillery has been impressing us for several years now. This mini pack offers you the opportunity to explore its core range. The classy white box contains 3 minis: the 10yo, the 12yo cask strength and the 14yo. Price: €24. Whisky enthousiasts always look forward to the release of Invar Ronde's Malt Whisky Yearbook. The 2015 edition is filled with tasting notes and interesting trivia on your favourite distillery. Reading stuff to be devoured on cold winter nights. It's no longer a secret that adding a drop of water to your whisky is no deadly sin. On the contrary, some whiskies only reveal themselves with some water. What if you could use the water from the very same region as your tipple? Cù Bòcan is a NAS whisky from Tomating Distillery, based upon a local legend of a hellish hound that haunted Tomatin village. This lightly smoked whisky is a vatting of Virgin Oak, bourbon- and sherry casks. Price: €17 for the 20cl version. Also available in 70cl version. Douglas Laing received most of its fame as an indy bottler. They worked hard the past few years to create their own range of blended malts. We have already seen an Islay blended malt (Big Peat) and a Speyside blend (Scallywag).
In 2014 we saw Timorous Beasty, the mouse from Robert Burns poem, became the face of the Highlands region. Price: €45. Wemyss Malts recently extended their core range with Velvet Fig and matured wholly in ex-Oloroso sherry casks. They delivered a beautiful full and rounded whisky, perfectly suited for the winter and the upcoming festive season. Price: €50. You want a superclassic (or cliché) gift to surprise a whisky lover? Islay Woollen Mill is the place to buy quality tweed. They already delivered fabric for blockbuster movies like Braveheart and Forrest Gump. They also make personalised scarfs in lambswool and cashmere for brands like Ardbeg, Laphroaig and Lagavulin. Price starting from €30. Elements of Islay is a selection of 'secret' Islay single malts, selected and bottled to express the character of the distillery. Cl7 is the 7th bottling from Port Askaig and bottled at 58.5% ABV. Price: €87 (for a 50cl bottle). Douglas Laing presents each year a special Big Peat Christmas edition. Just like many Belgian brewers release a Christmas special, they release a fiery beast to get through the cold holidays.   Price: €55. That Boutique-y Whisky Company bottles single malts, single grains and blends from a variety of distilleries. The bottles received a near cult-status with the graphic novel style labels. Invergordon is a single grain with distinctive sweet honey flavours. Price: €90 (for 50cl). Octomore is the experimental pièce de résistance from Bruichladdich. This whisky reach peat levels of 150ppm and more. Octomore 6.3 Islay Barley was distilled from grain, cultivated by James Brown of Octomore Farm and reaches a stratospheric peat level of 256ppm. Price: €180. Le Nez du Whisky is a semi-professional nosing kit with an illustrated book on the base notes of whisky and 54 flavours to train your nose. For starting whisky enthousiast or the serious geek that wants to develop his aroma memory. Price: €299.