Resurrection of a lost barley variety 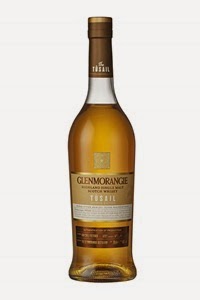 Tùsail  joins the ranks together with the Sonnalta PX, Finealta, Companta and a few other whiskies in the Private Edition range. The whisky is made with floor malted Maris Otter barley, a barley variety fallen out of grace.

Marris Otter barley was a core ingredient of British ale brewers some fifty years ago. It was almost wiped out by too much cross-pollination if it was not for the determination of British barley merchants Robin Appel Ltd.

Bill Lumsden, director of distilling and whisky creation for LVMH said:
“When we heard the story of those determined to preserve such a flavoursome grain, their ethos – and the barley itself – seemed the perfect match for a Glenmorangie single malt. I knew its deep flavour profile would provide an intriguing contrast to Glenmorangie’s more delicate house style, creating a whisky to enchant connoisseurs.”

Glenmorangie Tùsail is a “rich and rustic” flavour of toffee, sweet barley, ginger, cinnamon, molasses and dates, which complement the flagship Glenmorangie notes of peach, orange and smoked pears. 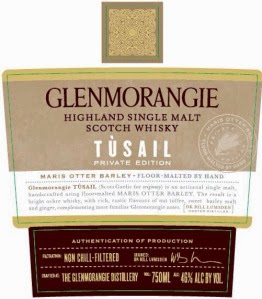 Glenmorangie Tùsail will go on sale for £70-75 in specialist stores and is bottled at 46%.