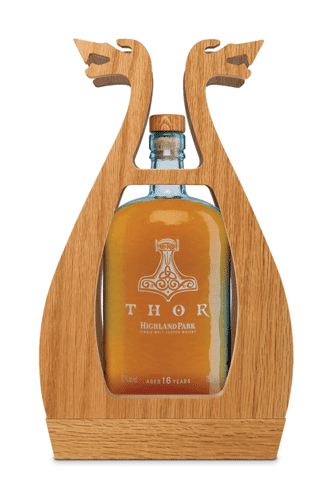 The Orkney islands were heavily influenced by Vikings and Norse settlers from the 8th till 13th century. The islands still bear the traces of Nordic culture and stories. The majestic Saint Magnus Cathedral in Kirkwall, built by Earl Rognvald, is the living proof of it. The invaders even left 'graffiti' runes on the Neolithic chambered cairn at Maeshowe.

Highland Park has cleverly woven those Viking stories into their product range with the Warrior series and a limited edition trilogy in honour of Earl Magnus, Saint Magnus and Earl Haakon.

In 2012 the marketing masterminds behind Highland Park decided to dedicate a series to four fearsome and fabulous Norse gods. Thor was the first to be introduced to the public. Released as a batch of 23.000 bottles, Thor was relatively widely available for whisky aficionados. The following two releases, Loki & Freya, were already significantly smaller and even rarer to find.

Colour: Thor has the colour of recently brushed copper. The whisky leaves thick oily legs on the glass.

Nose: The nose is abundant with caramelised brown sugar and stewed fruits. A refined smokiness and slightly maritime influences linger around. Lime, honey and ginger candy. A subtle savoury and meaty note gives it the so-called umami touch.

Taste: Sweet cinnamon balanced out by the typical smoky flavours of Highland Park. Swiss raisin pastries and violet candy get cracked up by a dose of pepper and creamy espresso. A true flavour bomb. Thor reminds me of the classic 18yo expression, injected with steroids...

Water makes the whisky fruitier and gives it a small power boost. Salted caramel and candy apple or "Pomme d'amour". 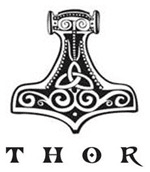 The first Walhalla whisky left me puzzled. Purely based on taste I'd say Highland Park Thor is a superb whisky (I estimate Loki a tiny bit higher). Thor has everything I like in Highland Park. The fancy story and wooden frame only added to the want-this effect.

Setting the price at €125 for a 16 year old seemed insane in 2012, and yet it was still affordable compared to its successors. Most of the bottles are long gone by now. If one shows up at auction sites, prepare to pay at least the double.

And now the hunt for the Mighty Odin starts... 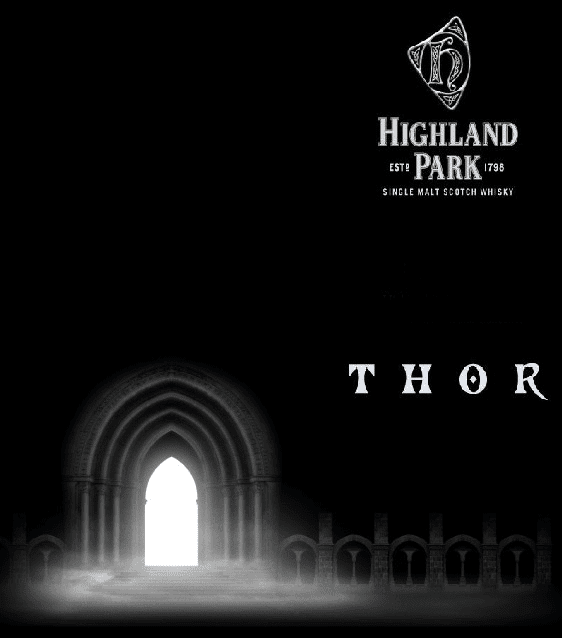