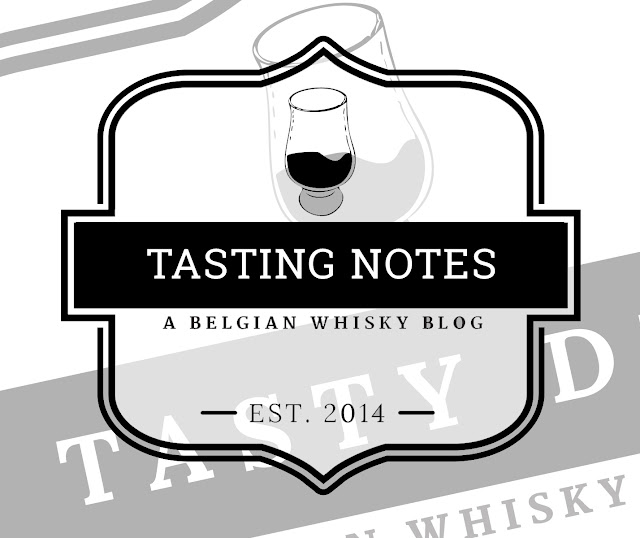 Ardmore distillery is yet another almost unknown Highlands distillery. Founded by the Teacher Family in 1898, the distillery was meant to supply malt whisky for the Teacher blend. It was Jim Beam who launched in 2007 the first single malt bottling of Ardmore, Traditional Cask. A bottling without age statement that was highly regarded by some whisky anoraks like Ralfy for its value for money. The Traditional got replaced by the Ardmore Legacy at the end of 2014 and is bottled at the minimal alcohol volume. Not the smartest move in my opinion.

Independent bottlers, like Gordon & Macphail, always had a steady offering of this peated Highland single malt whisky. Today I'll be looking into such a Gordon & Macphail bottling that has been exclusively selected for the Belgian market by Eric Vermeire from Whiskywarehouse. I laid my hands on a sample thanks to Stefaan from Whisky with Friends.

Smoke in the mountains

Colour: A nice golden whisky, almost like a dessert wine and leaving equally slow and gracious whisky legs after swirling.

Nose: The initial nose reveals a few typical Highland flavours like yellow flowers, citrus and almonds. Or make that nut oil. A bit further up I'm discovering vanilla cream and Berliner doughnuts with vanilla custard. Buttermilk with sugar. Underneath all these flavours hides a thin layer of smoke and liquorice candy.
A few drops of water lift up the smoke and some fruity flavours: pineapple, bananas and apricots. And a box of fruit candies.

Taste: Tastewise this is a pretty fresh yet creamy whisky. The peppery smoke from the nose is still present and mingles with lime pie, vanilla and honey.
Water enhances the peppery flavours and reveals some tobacco notes. The creamy lemon curd lingers in the background. 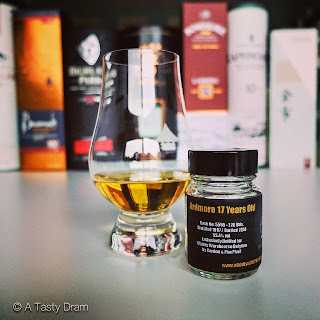 Gordon & Macphail does once again what it's best at. Bottling lesser known quality malts at affordable prices. This 17-year-old Ardmore single cask costs approximately €85. 226 bottles hit the market a few months ago and some of them are still available in specialist shops.

This is pretty good stuff for newbie peat heads. Not too smoky and nicely balanced by the citrus and vanilla flavours. It combines all the good stuff of the Highlands with a layer of peat smoke. Just the way I like it. Definitely a tasty dram worth the search!

Sample and pictures: Whisky With Friends and Whiskywarehouse

PS: This was part of a tryout with a mini blog community. A small group of bloggers were offered a sample by Eric from Whiskywarehouse. You can read their reviews of this Ardmore 1997 on their sites:


Thumbs up for the initiative, Stefaan!