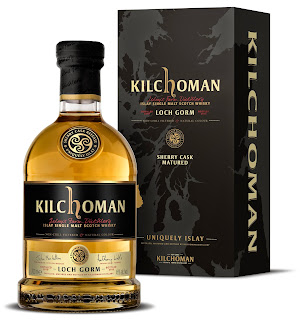 The 2015 release of Kilchoman's Loch Gorm has been announced. This third release consists of whisky distilled in 2009 and 2010 and matured in a mix of Oloroso sherry butts and smaller Oloroso hogsheads. These casks should give the whisky more intense flavours due to the contact between the wood and the whisky.

Kilchoman founder Anthony Wills said: “As well as this year’s release being slightly older, we decided to increase the ratio of single malt matured in smaller sherry hogsheads versus that matured in larger sherry butts. This increases the influence from the sherry casks and gives the whisky a striking intensity and richness. That said, the whisky retains the balance and complexity Kilchoman releases are well-known for.”

Nose: Soft, spicy and rich with some light smoke, dark chocolate and citrus.