May The Fourth be with you

May 4 is considered a holiday by Star Wars fans to celebrate the cult Sci-Fi movies. The date was chosen for the easy pun on the catchphrase "May the Force be with you" - "May the fourth be with you". Even though the holiday was not actually created or declared by Lucasfilm/Disney they still choose to embrace it annually.

What does this have to do with whisky? For this is still a whisky blog after all... 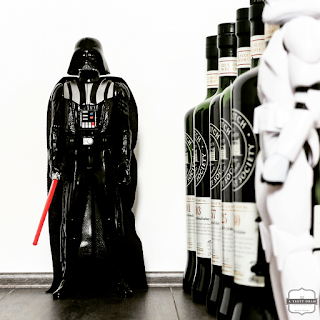 A lot of geeks, be it whisky geeks, tech geeks or any other subspecies, have a common love for the Star Wars movies. And if you happen to have a few dedicated fans among whisky geeks, then Star Wars themed bottlings might pop-up from a galaxy far away.

This 5 year old Glentauchers was bottled by The Scotch Malt Whisky Society (SMWS) in
2011 or so. This was a very young whisky from a 2nd fill sherry butt and was distilled on the 29th of June 2006.

Belgian whisky blogger (and avid Star Wars fan) Mark Dermul rescued the Lars Homestead , one of the iconic filming locations of the desert planet Tatooine in the Star Wars saga. To celebrate the successful operation, Mark and Imanuel Dijk decided to thank their crew with a very special gift at the Star Wars Celebration Europe in July 2013: A private bottling of Bruichladdich named Save Lars Whisky.
After the news got out, several fans of the Lars project as well as many whisky lovers around the world, made it clear that they very much wanted to get their hands on this whisky. And so the idea of another Star Wars Trilogy was born. Mark completed his Trilogy with a 14yo Balmenach in 2015. 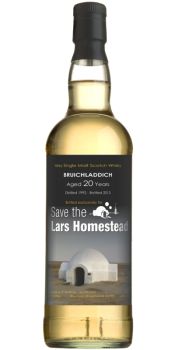 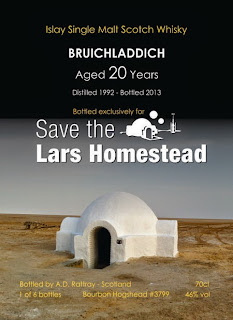 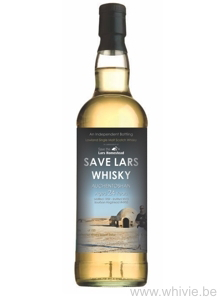 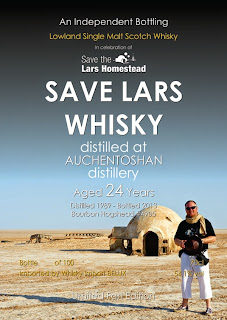 You can read the full story on these stunning whiskies on Mark's website: Markdermul.be

The Artisan Restaurant in Wishaw (UK) has an amazing collection of over 1300 whiskies. The extensive array includes everything to suit the connoisseur from the Highlands and Islands and Speyside to the Lowlands. Chef Derek Mather even has a series of private whisky bottlings for his restaurant with custom Star Wars labels. (Note to self: stop drooling!)
Auchentoshan Balmenach Bruichladdich English Glentauchers SMWS The Scotch Malt Whisky Society