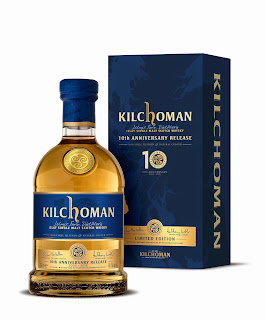 Another landmark for the Wills family

As many of you know 2015 marks the 10th anniversary year of Kilchoman Distillery and a special bottling to mark the occasion was to be expected!

This is limited edition is just 3,000 bottles at cask strength (58.2% abv). Bottles are all individually hand numbered and will be available from Saturday 23rd. This will be on sale from the distillery shop only and not online.

The price will be £88.80.
English Islay Kilchoman News