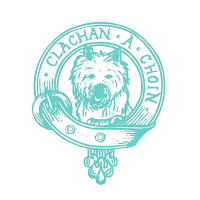 Murray McDavid is an independent bottler of single malt whiskies. The company was established in 1996 by the two men who resurrected Bruichladdich later on: Mark Reynier, Simon Coughlin, and ex-Springbank director Gordon Wright. It was named after Mark Reynier's grandparents, Harriet Murray and Jock McDavid.

Yesterday Murray McDavid organised its first tweet tasting. The bottler was well known for using traditions from the wine world (creating small batches instead of single casks to offer consistent quality) and their Leapfrog bottlings are now much sought-after. I must admit, this is a bottler that fell a bit under my radar until today.


They presented six new bottlings at once. Two eyecatchers were definitely a 1991 Glen Scotia and a 1987 Bunnahabhain. Let's see what Murray McDavid has in store.

The Art of Maturation

Murray McDavid made a name in the business by finishing whiskies in wine casks. By the look of it, I think there's one serious contender that has participated in their Additional Cask Enhancement (ACE) program. Can you spot it on the picture?

Glen Scotia is one of the remaining Campbeltown distillery although its story is one of frequently changing ownerships. In 2014 Sandy Bulloch sold the distillery together with Loch Lomond Distillery to Exponent Private Equity. The brand is undergoing some major changes at the moment. From time to time, some excellent single casks are released by independent bottlers.

Colour: Bright orange. Thick slow legs on the glass.
Nose: Elixir d'Anvers (an oily and sweet old ladies liquor). Fennel and raisins. A hint of Bonnezeaux wine. Oranges soaked in Cointreau. Dried apricots and cinnamon. Grapes and cherries.
With water: Even more sweetness. Blind I'd could mistake this for a rum. Melted brown sugar. Caramel flan.
Taste: Sweet. Coke-like sweet. Light and playful in the mouth. Big orange flavours. Reminds me of sweet red Dornfelder wines from the Mosel region in Germany. Cuba Libre or rum-Coke with watercress to spice it up.
With water: Caramel flan pushes through. Brown sugar and vanilla pods. Some bitter oak appearing.
Finish: Pretty dry aftertaste. Eucalyptus and Angostura bitters.

What can you say about a mystery malt? All I know is that it was distilled in 1992 and the bottle from my sample pack shape shifted into another The Vatting. Tricksy stuff, as Gollumn would say!

Bunnahabhain is one of the eight active Islay distilleries and known to produce an unpeated whisky style. Although they also produce the classic Islay peated spirit. Independent bottlers (and me!) seem to have a knack for the "dirty and peaty" sherry matured Bunnas and this seems to be one of them. My very first whisky from the seventies...

Colour: Deep copper. Leaves an oily coat on the glass.
Nose: Bees wax and old port or madeira wine. A whiff of incense. Mint, eucalyptus, liquorice root and star aniseed. Sweet nougat and cherries.
With water: Something musky and lots of wood tannins.
Taste: Old Madeira and wood notes. Apple and tobacco leafs. Musk and a tiny hint of nutmeg. Big on cacao and cherry liquor after a few seconds. A powerful red port (not a real suprise, is it?) yet with a subdued sweetness.
Finish: Nutmeg and port. Old fashioned pipe tobacco and eucalytpus.

Loch Lomond is a Highlands distillery where they produce both malt and grain whisky. They also produce the Inchmurrin single malts. The brand itself is well known as the preferred tipple of Capt. Haddock in The Adventures of Tintin.

Westport isn't an actual distillery. You won't find in on the map although its provenance is no real secret. This is in fact a Glenmorangie in disguise with a few teaspoons of Glen Moray. So technically it's not a single malt anymore but a vatted or blended malt. By doing this, the casks could never get bottled under the name of Glenmorangie.

A blend made with 30% malt whisky from 2003 matured in sherry butts.

This was quite a selection from the team at Murray McDavid. Highlights of the evening were the burgundy finished Glen Scotia, the Loch Lomond (I do love grains) and (of course) the 1978 Bunnahabhain.

The order in which the whiskies were tasted was the same as they are presented here. Most of us would probably have put the Glen Scotia and Bunnahabhain at the end. A bit uncommon but it worked out. The Crafted Blend stood firmly at the end and could be an excellent VFM dram.

All the whiskies are going to be bottled in 2015. Prices are not yet available. I'll make sure to add them to the reviews once they are known.

Next time however, I would go for less dramming. Four whiskies do the trick. A few of us got struck with "palate fatigue" near the end. Anyway, great work and a big thumbs up to Murray McDavid and Dean Jode for putting together such a lovely and fun evening. The doodles were always good for a laugh and some were pretty well done (Yep, that's you, Ansgar and Franck!).