A late summer trip to the mountains

The remote distillery of Ben Nevis in Fort William lies in the shadow of Scotland's highest mountain Ben Nevis. Originally founded in 1825 by "Long" John McDonald, the distillery changed hands multiple times to end back up in the hands of Long John Distillers in 1981. It is the last surviving distillery in a town that once counted three distilleries.

In the fifties Ben Nevis was able to produce malt and grain whisky at the same site. A victim of the Scotch crisis of the eighties, the distillery was sold to Japanese whisky producer Nikka. It now is an important supplier to their blends and one third of the new make is directly sent to Japan. 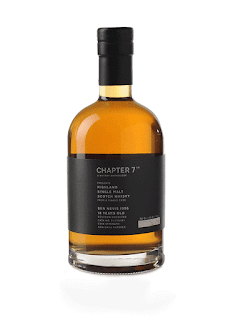 With water I'm getting dusty aromas and a light sourness in the nose. This is almost like entering a damp old wine cellar. Fermented raisins with grenadine and a very pronounced rose perfume.

Water gives me (again) raspberry and grenadine flavours. Old fermented grape stones give this whisky a woody yet sweet mouthfeel. 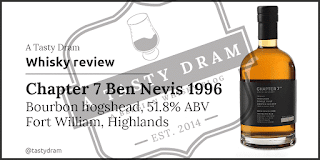 Single cask Ben Nevis is often said to be hit or miss but never in-between. Chapter 7's Ben Nevis story is definitely on the hit side of it.

A bit treacherous (in a good way) perhaps for when I wrote the tasting notes I didn't know what type of cask was used to mature the whisky. I could easily look it up but decided to make my notes first in an unbiased way. And see, upon re-reading them I would have put my money on a refill sherry cask...

Pretty good mountain dew that should make it's way from the Scottish Highlands to your mouth with a detour via Switzerland.