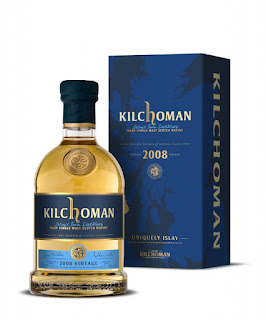 The brief Islay summer is slowly coming to an end but there is plenty to be happy about at Kilchoman. The Wills brothers are touring Europe with a few brand new expressions from the Islay distillery.

On Monday the 7th of September Kilchoman will release a seven year old single malt, the most mature expression to be released since  filling casks in 2005.

The Limited Edition 2008 Vintage is a vatting of fresh ex American bourbon barrels filled in July 2008 and bottled in August 2015. This is the latest in a continuation of the by-annually released Vintage range, the distillery having previously bottled 2006 and 2007 Vintages.

As is customary at Kilchoman., the whisky is bottled at 46% ABV, natural colour and unchillfiltered.

Anthony Wills, Kilchoman Founder and Managing Director; ‘The 2008 Vintage is a classic bourbon barrel aged Kilchoman however the additional maturation has added layers of soft fruit and sweetness not seen in previous releases. This latest vintage release makes me very excited about the future development of Kilchoman single malt.’