An organic jewel in the making?

Distillerie de Biercée announced in June that they would present an organic rye whiskey (with e) by the end of 2017. The 3200 bottles that went into presale sold out within a week or two. Delivery is expected somewhere near Christmas 2017.

The distillery accepted this challenge with La Malterie du Chateau, the oldest malting of Belgium and of the world, and the nearby brewery La Binchoise. The two distillers Christophe and Pierre transformed the 'beer' with their continuous stills to whiskey.

All buyers, mostly locals, were invited for a visit to the majestic farm distillery in Thuin in September. The distillery is renown for its gins and its Eau de Villée. The early deciders got a short guided tour by master distillers Christophe and Pierre in the still room and got to taste the new make in the attic.


We tasted the product at a whopping 69% ABV after three months of being stocked in stainless tanks.

The new make will mature in a selection of ex-bourbon, ex-sherry and virgin oak casks. There's a possibility that some casks will be kept apart to be bottled as single casks later on. 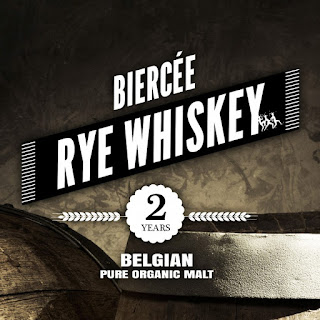 Colour: The new make is (obviously) clear with a fat oily texture. Some small beads stick to the glass after swirling.

Nose: The rye is immediately noticeable. A slightly medicinal nose. Nose drops? Brewery and farm notes. Tandoori spices and sechuan pepper. Or let's enlarge that to an Asian supermarket. Rusk, clove and oranges.

Water softens the sharp edges and brings up a little bit of smoke. I'd even say a bit dusty. Old furniture. And a less pleasant note of swimming pools: chlorine.


Taste: Tastewise this is a little bitter, like an belgian ale. A serious pinch of pepper. It gets sweeter as the mouth starts to make saliva to confront the alcohol. Sweet grains, nut oil and rusk. A thick chocolate-y texture. 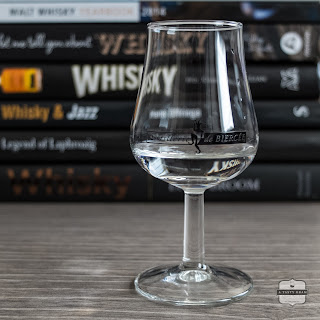 At €29 (preorder price, definitive price not yet known) this organic rye will likely be a steal. The new make is promising. The rye whiskey is clearly inspired by Scottish, Irish and American tradition. Two years of maturation will shave off the rough edges.

Next year we have another rendez-vous to follow up on the evolution of the whiskey-to-be. I'm curious how this baby will have matured by then.