Guy Fawkes Night or Bonfire Night is an annual commemoration of the failed Gunpowder Plot of 5 November 1605.

A member of the plot, Guy Fawkes, was arrested while guarding the explosives beneath Westminster Palace. The conspiracy attempted to assassinate the protestant King James I and install a catholic monarchy.

The image of Guy Fawkes gained immense popularity by the Alan Moore comic V for Vendetta and its 2006 movie adaption. The main character and protagonist V revolts against the fascist government in a dystopian London. V wears the now iconic Guy Fawkes mask that was adopted by Anonymous in 2008. 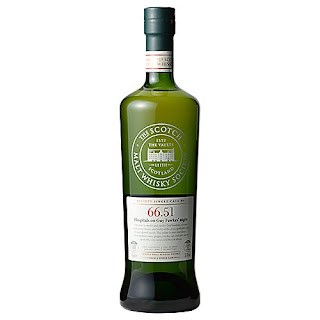 Tasting notes from the Society Panel 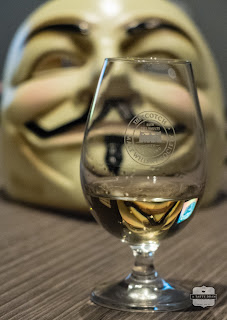 Colour: Fairly light in colour like white wine. Fast legs show on the side of the glass.

Mixed with water the whisky releases a sweet smoky flavour, liquorice and sweet lemonade. The nose becomes a bit dusty.

Taste: The palate sets off with a sour start. A lovely smokiness. Tobacco mixed with lemon and raisins. Pepper, mint and anise. A cured ham that has been salted and smoked.

Water brings back the liquorice and anise notes. Coffee with cream and brown sugar. Warm honey with a pinch of salt.

Finish: A fresh yet long aftertaste. 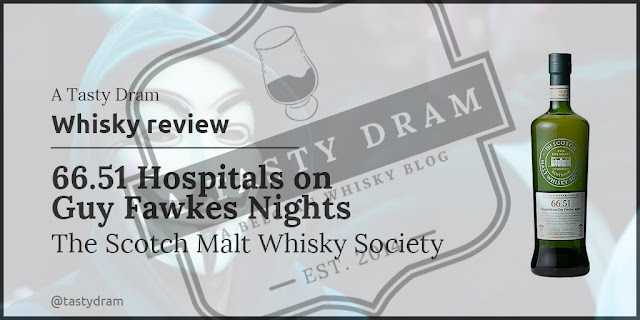 This was a young but affordable Ardmore. It's not the most complex malt but still a highly enjoyable whisky. Sweet and smoky, right up my alley. Most of these bottles, if not all, are already long gone. I hesitated too long to buy a bottle from the Dutch outturn. Fortunately the SMWS offers fairly regular peated Ardmore bottlings.

Enjoy Bonfire Night with a dram in hand!