on November 09, 2015
Sigh! December is almost synonymous with the question "What do you want for Christmas and New Year"? And every year I'm scratching my head and shrugging my shoulders as in "I dunno".

Well, I'm done with it. From now on I will meticulously prepare my own gift list. And oh surprise, everything in it has to do with whisky. One cannot simply have enough books. And I take pride in it that every book on the shelves has been read at least once. And two hours of daily train fun help enormously in that daunting task. 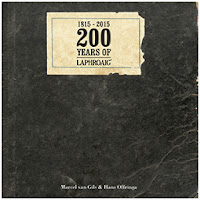 Hans Offringa was commissioned to update its Legend Of Laphroaig book for their 200th anniversary. The book is based upon the first edition from 2007 but differs in approach and layout. It is aimed at contemporary Laphroaig and whisky fans. The release is planned for November. To be read with a Laphroaig 15 or 16 in hand. 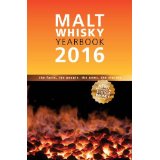 Ingvar Ronde's yearbook is up to its eleventh edition. The concept remains unchanged: in-depth articles and an extensive distillery section with food for number crunchers and industry stats. Essential reading!

But the distilleries went on: The Morrison Bowmore Story

Ian Buxton has already a fairly extensive number of books on his account. Glenfarclas, Glenglassaugh and The Famous Grouse are but three of the brands for which he dived into the company archives and took up his pen. Last year he wrote down the story of the Morrison family. The family company evolved from an independent player to a true giant on the market with among others, The Old Lady from Islay (Bowmore) in its portfolio. 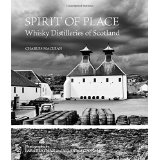 Spirit of Place is the new book by grandmaster Charles MacLean. It became a typical coffee table book with a series of stunning photographs from more than 60 distilleries by Lara Platman and Allan Macdonald. And lots of trivia to impress your whisky loving friends.

No list could be complete without a few bottles of course. It's the perfect gift for the whisky geek in your life and chances are you can share in his joy right away. After all, that's what this is all about: sharing and enjoying together. 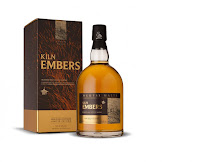 Wemyss Malts presents for the second year a limited edition blended malt. Kiln Embers is a peaty blend with twice as much Islay whisky as Peat Chimney. It is a celebration to 10 years in the industry, unfiltered and bottled at 46% ABV. 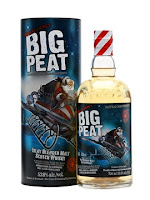 Douglas Laing releases every year a special Christmas edition of its famous Big Peat blend. And since it has the word Christmas in it, I could not leave it out this list. Big Peat Christmas offers a shovelful of the finest and festive malts from whisky heaven on Earth with some Ardbegg-nog, Coal Ila, Snowmore and Party Ellen. A lively fisherboy at 53.8% ABV.

Caol Ila is a well established name in the Special Releases from Diageo. This year's edition is a 17 year old unpeated single malt. According to Dave Broom the whisky is fresh with lots of citrus and fruity notes and traces of smoke. I do hope it stays below the €100 limit (update: pricing is set at £90). But nevertheless high on my list! 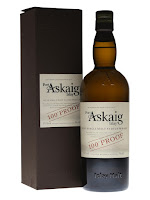 Port Askaig is a sister company from The Whisky Exchange and was (at least, it used to be) a Caol Ila in disguise. The new series consists of a 16 year old, a 30 year old and a 45 year old. And this new 100° proof Port Askaig is rather young but full-bodied whisky with a serious punch.

A whisky that is far from new, but a classic dram that really surprised me earlier this year. I tasted this one in a small spaghetti restaurant with an extensive whisky collection. The lovely old fashioned sherry notes made me think of older Mortlachs. And the bottle is pretty old fashioned. Or retro. Or vintage... 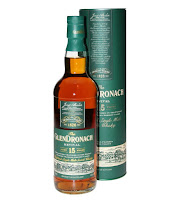 A sherry bomb from GlenDronach that is getting scarce. Even more since the rumours about a temporary drawback from the market got confirmed. And it is definitely one of the best GlenDronachs available (a close call with the 18yo). 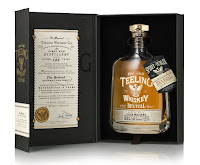 Teeling is a relatively new name on the whisky scene. Jack and Stephen Teeling managed to put the brand on the map in record time. The distillery itself is already up and running in the centre of Dublin. The 15 year old The Revival is a brand new expression. 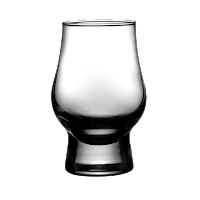 This is a smaller version of the classic glencairn glass. The perfect size for a family picnic or at tastings where they serve your favourite drink in a plastic cup. The tasting experience is undeniably different in glass compared to a plastic thimble. 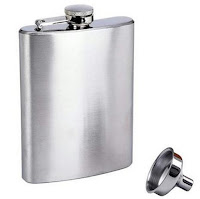 Another indispensable picnic or hiking attribute: a small flask to carry your favourite outdoor whisky with you without having to pack a full bottle. Less risks of breakage and it has a certain charm. Available in all shapes and sizes. Choosing the perfect hip flask will not be an easy task.


Allright, that should do the trick to compose your own Christmas list. Feel free to share it!