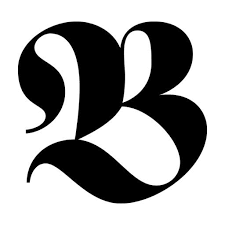 Someone is working really hard to bring back the Lowlands distillery Bladnoch alive. Since the Australian businessman David Prior bought the distillery and the remaining stocks things were rather quiet. The last bit of news I picked up was that they hauled in Ian Macmillan, the former master blender of Burn Stewart.

Last week, a few journalists in Australia got a preview of the new single malt from Bladnoch. Two expressions are already in the making. A no-age statement whisky at 46% ABV and a 52-year old expression. The first one will be released somewhere soon, the older one probably in the middle of the year.


Seems like the website got a complete make-over and they created a new twitter handle (@bladnochmalt) for the company. They could have simply renamed the old one and keep the exisiting followers, but hey, that's just me... And what do we see in the whisky section? Yes indeed, the very same bottle with a generic label.  The days of the very retro-looking Bladnoch are definitely over.

No details on the pricing or the contents of the whisky have been made available. Let's hope the people at Bladnoch won't follow Diageo's example. I saw the bottle and thought "Mortlach..." Australia might be the perfect stepping stone to Asia, Mortlach's most succesful playground. Or maybe David Prior just wanted to share his first Bladnoch with his native country and I'm running way ahead of things?

But let us be not too rash with our commentaries before having tasted the whisky at least. There's simply too much we don't know yet and Bladnoch deserves a fair chance. To be continued in the near future.