on March 08, 2016
Ireland's National Holiday is only two weeks away. It does not matter if you are Irish or not, it's time to stock up on some Irish whiskies to celebrate the Irish people.

It's a celebration of the heritage and culture of the Irish people who spread across the globe. 17 March is the death date of the Christian missionary Saint Patrick who converted the Irish pagans to Christianity. One of the symbols he used to explain the Holy Trinity to them was the shamrock. The shamrock (and everything green) became the symbol of Saint Paddy's Day.

I selected 10 Irish whiskeys, pot stills, single malts, blends and single grains, to make the most out of Saint Patrick's Day. And if you're not celebrating it, just pour a whiskey. With an e! 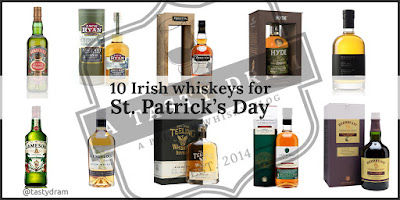 This is a single cask that has been chosen by attendees of a whisky tasting at The Whisky Exchange shop in 2015. This is your chance to taste a single cask from one of the best Irish whiskeys in the world (the Redbreast 12yo Cask strength, that is).

This is a special edition of the classic Green Spot single pot still whiskey. Initially matured in bourbon and oloroso sherry casks, this edition has been finished for two years in wine barriques from Léoville Barton, a highly regarded château in Saint Julien. The roots of the Barton family lay in... Ireland.

The new 15 year old Revival by Teeling (not related to the 15yo Glendronach Revival) is a commemorative bottling to mark the opening of the new Teeling Distillery in Dublin. It will be the first new distillery in Dublin for over 125 years. The two brothers, Jack & Stephan Teeling, inherited their love for Irish whisky from their father John Teeling, founder of Cooley Distillery.

Glendalough is one of the many new Irish kids on the block. All the bottles wear the image of St Kevin of Glendalough who build up a civilisation in an isolated valley known as the city of the seven churches. (aka The Glen of the Two lakes nowadays).

Jameson presents a limited edition of their world famous whiskey for Saint Patrick's day. The 2016 edition is the fifth annual whiskey and the label has been designed by street artist James Earley. The bottle has been inspired by the bridges crossing the river Liffey in Dublin. In March, Jameson will launch a global campaign #beOriginal around it.

Another fairly unknown name in the Irish whiskey scene is Jack Ryan. Ryan's Beggar Bush is a Dublin pub which bottled their own Ryan's malt in association with The Dublin Whiskey Distillery until the distillery had to close its doors in 1946. To celebrate the 100th anniversary of Ryan's Beggars Bush, the family revived the brand. 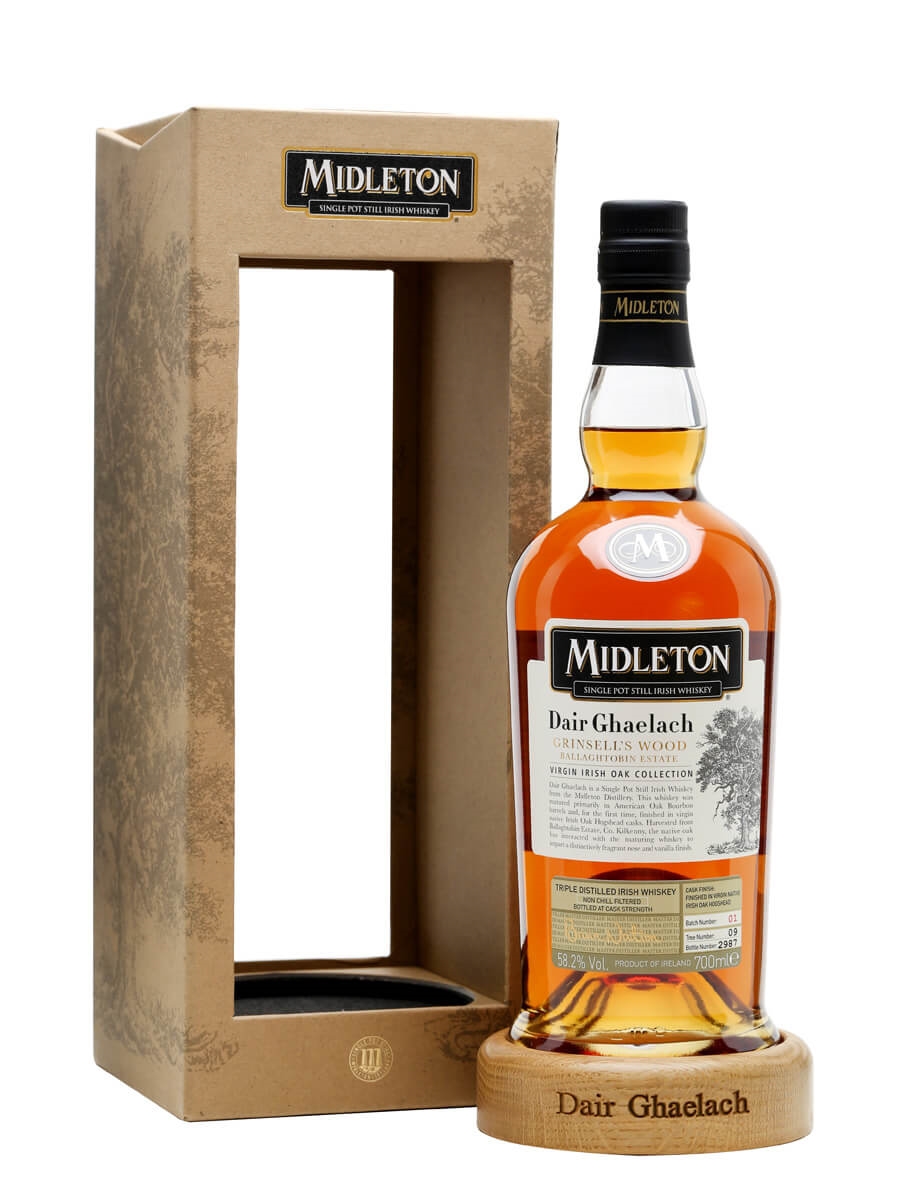 Midleton's Dair Ghaelach, meaning Irish oak, is the result of a six year experiment by Billy Leighton and Kevin O' Gorman. They selected ten oak trees from Grinsell's Woods that were coopered into virgin oak casks. A vatting of 15 tot 22 year old Irish whisky had been finished in these casks and can be traced back to the exact tree from the forest.

Hyde Whiskey is named after the first president of Ireland, Douglas Hyde. Their third expression is a 6 year old single grain that matured in heavily charred casks from Jack Daniels.

Chapter 7 is a one-man feat based in Switzerland. He already bottled two outstanding Irish single malts, one matured in a bourbon cask, the other one in a sherry butt. His third Irish single malt matured in a rum cask. And we all know rum casks and Irish whiskey can be a match made in heaven...