Irish whisky is back in full swing. This is the oldest whiskey from the Emerald Isle that has been bottled by Selim from Chapter 7 till date. It is a single malt matured in a rum cask for 16 years and is bottled at cask strength. It's definitely worth a try to compare it with the previous bourbon and sherry cask matured Irish single malts for a complete Chapter 7 experience! 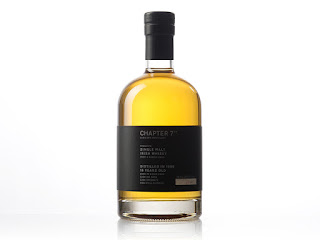 Colour: The whiskey is as yellow as barley in summer. A dram that leaves thin and fast legs on your glass.

Nose: Rum and raisins up front. A basket of sweet and spicy apples and grapes sprinkled with cognac. Vanilla brioche with raisins. At 16 years old it preserved a youthful flavour that can be recognized as nail polish and sweet rye. Nic-nac biscuits and a shot of spices. Cinnamon, nutmeg and rock or palm sugar. Vanilla pudding with a cookie crumb.

Water can only temper the spicy character a bit. Peppers glazed with honey from the oven. Spiced meat. Sweet and spicy flavours are nicely balanced with an added touch of liquorice.

Taste: Easy with the sip! Baking spices with cinnamon in the lead and raisins. Banana and peppers. There’s a nice contrast between the light mouthfeel and peppery flavours. A spicy whiskey with a sharp edge that never bores.

Water gives way to banana and melon. The strong pepper and cinnamon notes still shine through. Some time in the glass releases subtle woody flavours.

Finish: The aftertaste is surprisingly light on the tongue with a touch of vanilla. 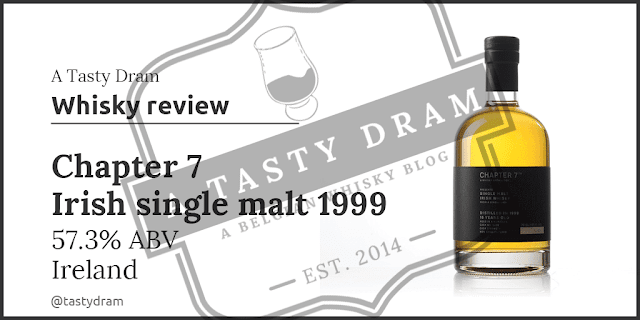 Not bad, this Irish single malt. Maybe a bit too spicy to my liking, but I'm sure the fans of rum matured or finished whiskeys are going to appreciate this single cask.Disclosure: A review sample was sent to me by Chapter 7. Opinions stated (good or bad) above are of course my own.

Longrow Red is an annual small batch release of peated Longrow by Springbank Distillery. The whisky is bottled at cask strength and every year a different type of red wine cask is used to mature the whisky.

Legendary Islay distillery Ardbeg will release its very first beer, a smoky porter. The name? The Shortie Smoky Porter. The beer is named after the Ardbeggian mascot Shortie.

The Shortie Smoky Porter has been brewed in aid of World Water Day on March 22. The beer is part of a larger project. 250 craft brewers will release a one-off brew to support the Global Gathering. All profits will be donated to support clean water projects in Malawi.

Ardbeg's Smoky Porter is a beer with notes of bitter dark chocolate, malty biscuit, dry espresso coffee and a hint of liquorice. It's also been given a smokey flavour worthy of a proper Ardbeg whisky. The beer has an ABV of 6.2%.

It will be available exclusively in the UK from the Ardbeg Distillery Visitor Centre and online at ardbeg.com from Tuesday 24th March. Price: £14 for a four-pack.

Rumour: The Balvenie The Edge of Burnhead Wood 19YO

"Through the winding paths and steep Speyside hills to a glorious moor of heather. This is the story of what would fondly come to be known as The Heather Trials, and how the people behind them helped create the first-ever expression of The Balvenie made entirely with ingredients grown on its Dufftown estate."

The Edge of Burnhead Wood is n°6 in The Balvenie Stories, a series of whiskies endorsed by key figures from The Balvenie Distillery. The first three expressions - 12YO The Sweet Toast of American Oak, 14YO The Week of Peat and 26YO A Day of Dark Barley - came from the hand of Kelsey McKechnie, Ian Millar and David Stewart.

Through an NFC-tag, whisky enthousiasts could discover specially recorded audio-conversations and a guided whisky tasting of their Balvenie Whisky. These recordings are also available as a podcast.

And while you are sipping one of these tasty drams from The Balvenie, you can enjoy the book Pursuit: The Balvenie Stories by Alex Preston.