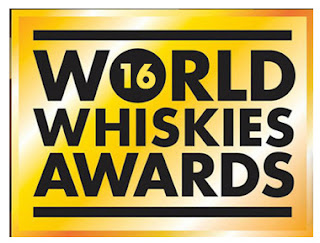 Tonight the World Whiskies Awards will be announced. The crème de la crème from the whisky industry probably have sweaty hands and awaits the results in the heart of London. We'll update the blog live as the results trickle in and line-up all the winners.

The Awards are presented by The Drinks Report (known for the World Beer Awards and a bunch of other awards) and Whisky Magazine. Place to be is the London Grand Connaught Rooms. Comedian and BBC presenter Fred MacAulay will host the evening.

Alongside the World Whiskies Awards Whisky Magazine will announce its Icons of Whiskies and some industry people will be honoured in the Whisky Hall of Fame.

There are two main categories: Taste and Design. The first is - you already guessed it - based on the flavour profile. A jury selects and approves the whiskies on their main qualities: balance, character, complexity and quality.

YYYYEEEEESSSS!!!!! Online whisky retailer of the year at the world whiskies awards! Get. The. Fuck. In. #WWA16 pic.twitter.com/vzEJDtPvXJ
— Master Of Malt (@MasterOfMalt) March 17, 2016

And the winners in the most flavoursome category are...

The category Design can be summarised into two main awards: World's Best Design and Agency of the Year. Next to these two there are awards for Best new launch, Best relaunch/redesign, Best standard design and Best ultra premium design. To keep everybody happy there are also silver and bronze medals.

The World Whiskies Awards are but one of the many awards in the whisky industry. Some people consider these awards are only there so the majority of brands can show off with at least one award.
All the winners can of course be found on the official WWA website and Whisky Magazine's Facebook page.