on April 01, 2016
April 1 (Scots used to call it Huntigowk Day, now you know) is a feast to spread hoaxes and fool people with fake news. A short recap of today's jokes and pranks from the world of whisky:

Douglas Laing launches a limited edition Big Peat this time of the year. This year is a hot and spicy Big Peat infused with cinnamon.

Jameson will be launching a Barrelman perfume. Twenty people could win a bottle if they knew where Jameson whiskey is brewed (According to the Dutch ad, whiskey isn't distilled but brewed. Shame on you Jameson ! ;-) )

Serge Valentin of Whiskyfun wanted to make a statement by not doing an April Fool's prank. The whisky industry itself is slowly transforming into a joke itself...

Billy Abbott & co. of the Whisky Exchange discovered a report from the European Union stating that whisky producers will have to disclose the age statement in years and months and list all the ingredients of a whisky.  And if we can believe a certain Herr Farbstoff (a small hint) produces will need to disclose the use of e150 colourants. 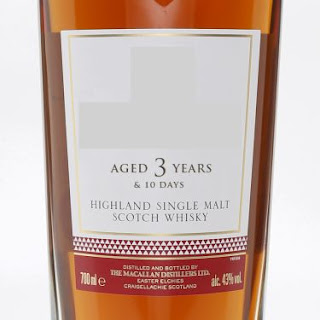 The Whisky Exchange: All whiskies to carry age statements by 2017

The Isle of Islay will get its own whisky theme park (the island already has at least 8 visitor attractions). You'll learn to distill your own whisky, visit a smuggler's cave, learning the trade of a cooper and much much more...
Islay Blog: Whiskyland Theme Park

I couldn't resist a small prank on the blog either. Port Ellen will no longer be a single malt since all the bottle-worthy casks have been sold. It will become a small batch blend of Caol Ila and Lagavulin with a teaspoon of overaged single malt from Port Ellen.

We end this post with a serious blog. The mysterious Whisky Sponge celebrates April Fools every single day of the year except on 1 April. A very serious article but a must read for every whisky lover !

The Whisky Sponge: The Past & The Possible
Did you spot another April Prank that should be featured? Drop me a line in the comments section.
Ardbeg Big Peat Caol Ila Douglas Laing Islay Jameson Lagavulin Master of Malt NAS Port Ellen SMWS The Scotch Malt Whisky Society The Whisky Exchange