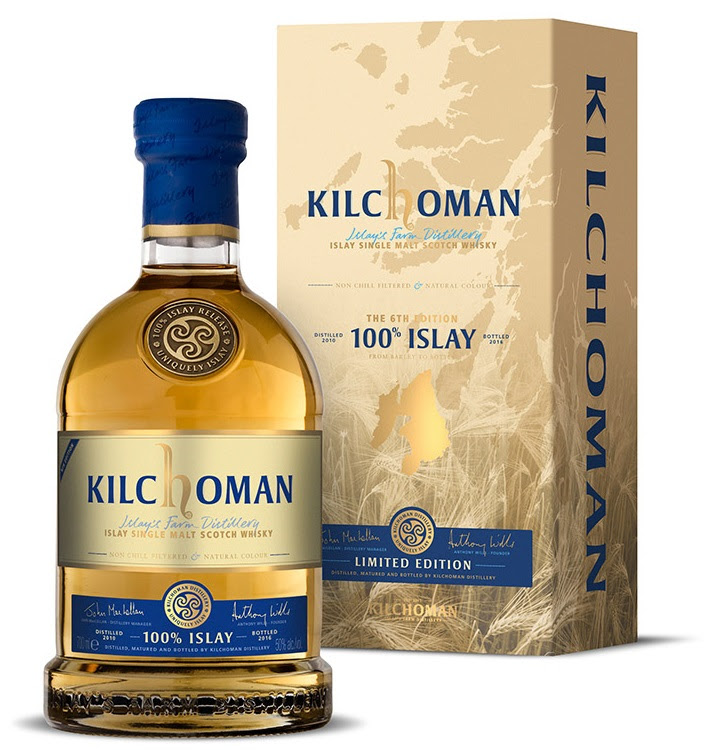 The Kilchoman 100% Islay is the only sinlge malt produced on-site from barley to bottle. Geeks would probably call it a single estate whisky (learned that recently from Toshan Man Mark Dermul).

Kilchoman grows its own barley, does the floor malting, distilling, maturing and bottling at the distillery. The 6th Edition of the 100% Islay is a vatting of fresh and refill ex-bourbon barrels from Buffalo Trace filled in 2010 and bottled in 2016.

This latest edition will be the most mature 100% Islay to have been released to date. Produced exclusively from barley grown at the distillery, the 100% Islay range has a lighter peating level (25ppm approx.) compared to the rest of the Kilchoman range (50ppm), creating a uniquely fresh and distinct style of Islay single malt.

Anthony Wills, Kilchoman Founder and Managing Director; “we expect Kilchoman fans will enjoy the 6th Edition, the 100% Islay expressions have come along significantly in recent years, sourcing our bourbon barrels from one US producer has a significant impact on the quality of the whisky at what is a relatively young age.”