I didn't have the time to properly sit down with a whisky thsi weekend so I'm digging into my archive of tasting notes. I re-discovered this Chapter 7 Strathmill 1991. The whisky matured for 24 years in a fino sherry cask.

The late victorian Strathmill distillery once came to life as a corn mill. Officially it was founded in 1891 under the name of Glenisla-Glenlivet. It referred to the nearby river, the Isla, and the long valley, Glenlivet. Four years later the distillery was sold to gin producers W&A Gilbey who gave the distillery its present name: Strathmill.


The Speyside distillery produces 2.6 million litres of alcohol with only two pairs of stills and is one of the very few distilleries using purifiers on the spirit stills. 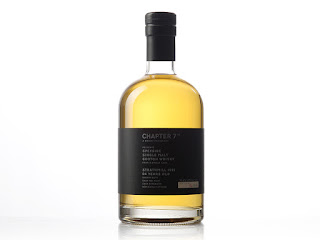 Nose: Old fashioned apple sauce flavoured with cinnamon at first. Citrus and vanilla fudge give this respectable malt a youthful side. A very tiny touch of smoke. Well-made 100% agave mezcal and furniture polish. Young grapes and bread pudding with bourbon vanilla essence and raisins.
Water enhances the citrusy and vanilla aromas. A lovely key lime pie minus the sugar overdose.

Taste: The start is quite peppery and hot. However it evolves fairly quick into fruity banana, vanilla, sweet condensed milk and coconut cream. Line seed and liquorice root.
The sweetness is subdued with a few drops of water. Wood and pepper are the dominant flavours. Sandalwood, dried apricots and raisins.


I'm developing a love for fino and manzanilla casks (as well as those styles of sherry). There's a lot going on in the glass in due course. It's a bit restless, continuously hopping between citrus, wood and soft fruits. Give it some time to develop and enjoy the ride with a glass of clear water. Another fine autumn dram.

Disclosure: A review sample of this Chapter 7 Strathmill 1991 was sent to me by Chapter 7. Since it’s absolutely no use lying to one’s self, opinions expressed in this review are of course my own honest opinion.