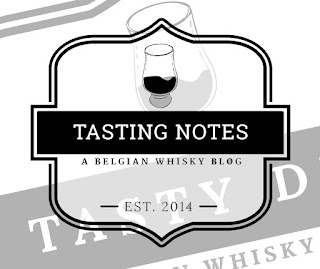 Christmas eve! Time to prepare for the final two whiskies. Two drams that raised high expectations... The first is a Strathisla 1953

Strathisla is the oldest distillery in Speyside and without a doubt the most scenic. It was subsequently called Milltown, Milton, Strathisla and Milton (again). Since 1951 the distillery goes again by the name of Strathisla.

The spirit is pumped to the nearby Glen Keith distillery for filling cask or to be tankered away to larger warehouses or bottling facilities from Pernod Ricard.

Colour: Dark amber with a thick texture. Sloooow legs appearing on the glas.

I had a feeling I had to keep those whiskies from the fifties for the weekend. This is absolutely fabulous stuff. (Better than the 1948 and 1949 entries from the Speyside Collection). I'm having quite some expectations of the '54 Mortlach. But if he will be able to beat this tasty dram... Let's find out tomorrow!

A sample of this whisky was provided by Gordon & Macphail. Opinions expressed in this review are of course my own.
Distillery label English Gordon & Macphail Scotland Speyside Speyside Collection Strathisla Tasting notes