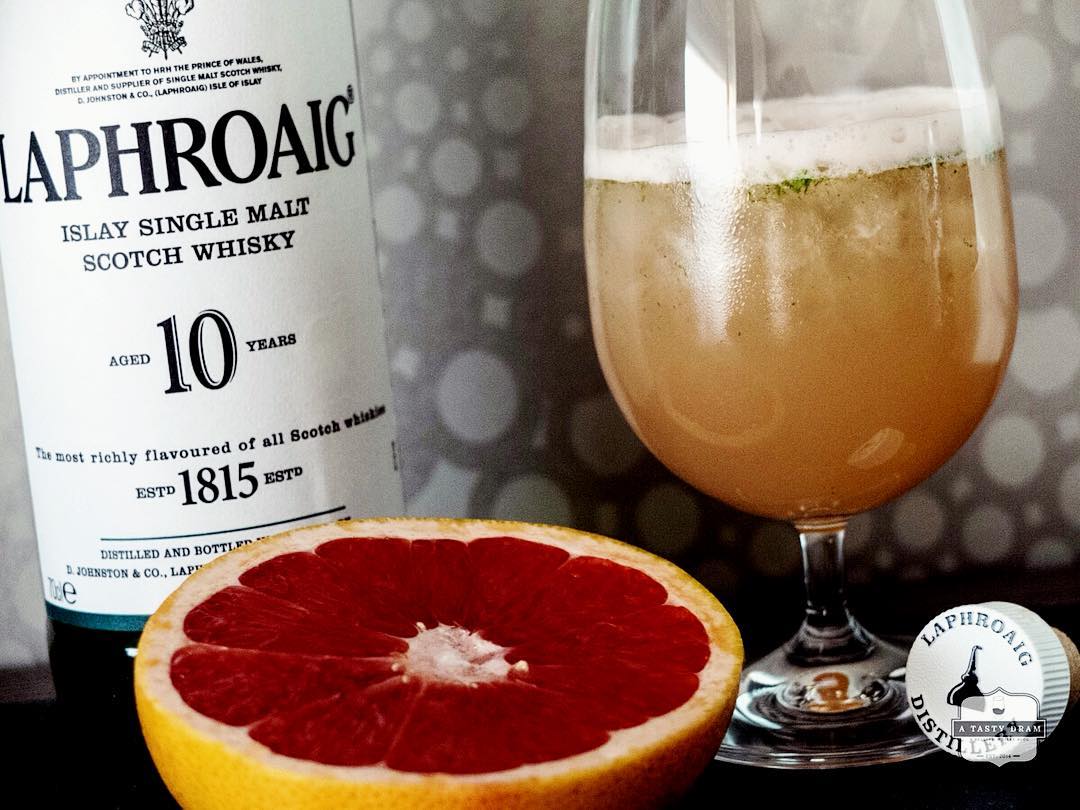 The second cocktail recipe of the year is likely to be the most simple one. It boils down to putting all the ingredients for this Laphroaig Smoothie in a blender and serving them in a Collins glass (or any other glass of choice) filled with crushed ice.
The original recipe came from Takayuki Suzuki, bartender at the Park Hotel in Tokyo. Suzuki studied at the New York International Bartender School and is now director of a Bartender School carrying his own name. This cocktail or smoothie is built around the legendary Laphroaig 10 year old.

Preparation of a Laphroaig Smoothie

Put the grapefruit juice, Laphroaig, mint leaves, Ricard, sugar syrup and a tablespoon of crushed ice into a blender and mix it until you get a unicoloured smoothie with green mint dots.

Fill the Collins glass with crushed ice, pour the smoothie and give it a quick stir. Garnish with a mint leaf and done.

The Laphroaig Smoothie is slightly modified to my own taste but came originally from Tokyo bartender Takayuki Suzuki recipe as it was featured in Whisky: The Manual by Dave Broom. Read my thought’s on Daves book in the first book review of 2017.