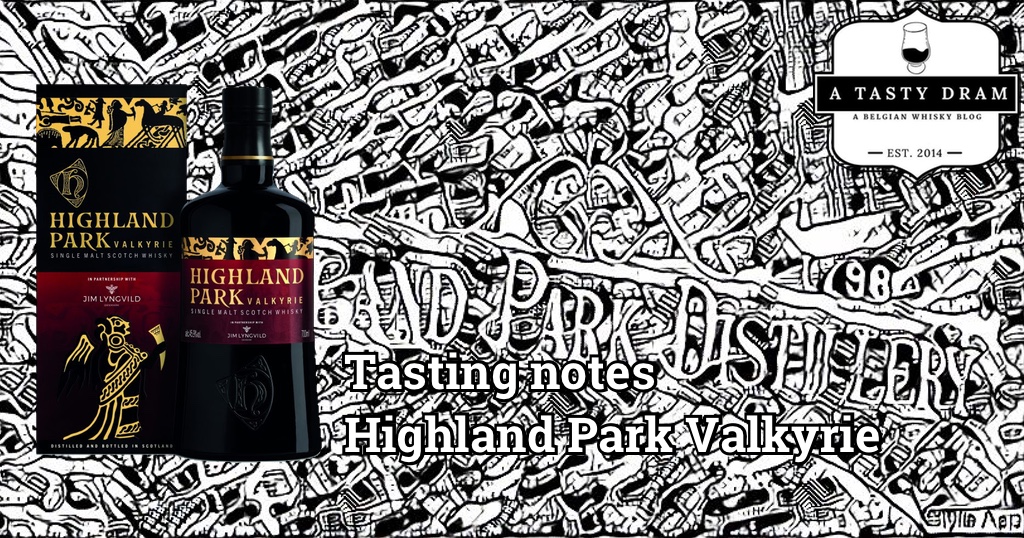 Highland Park Valkyrie is the latest single malt coming from Orkney. The whisky - that will gradually replace Dark Origins - is the first in a new trilogy named Viking Legends. In the next few years, the trilogy will be expanded with two other whiskies: Valknut and Valhalla. The series is inspired by the death and afterlife. Valkyries were a host of female riders who chose fallen warriors and bring them to the hall of the slain in the afterlife - Valhalla  - where they are prepared for Ragnarök, the final battle of the Gods.

The packaging has been designed by Jim Lyngvild, a Danish fashion designer, writer and jack of all trades who lives in a wooden Viking castle two months a year. His bloodline could be traced back to Ragnvald Eysteinsson, one of Orkneys first Earls.  He once appeared in a talent show eating seven Ferrero Rochers in one minute... and holds the Guinness World Record with this attempt. He also co-owns the Frejdahl Brewery. Their Skolder beer has been infused with Highland Park 12. 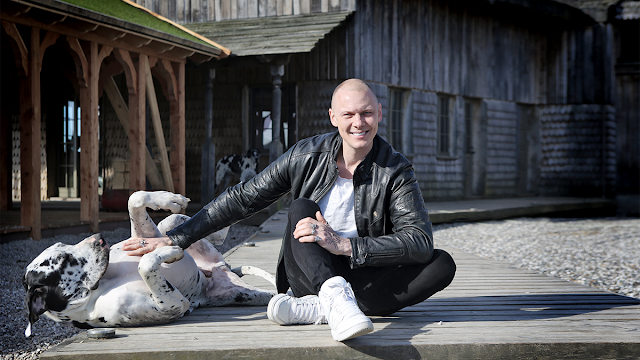 But let us focus on the design. Highland Park fully embraces its Nordic heritage. It is the 18th whisky from Highland Park with a Viking theme. The Orkney islands fell under Norwegian rule during the 8th and 9th century. The illustrations are based upon a silver pendant from the early fourth century and carvings from the Hammar Stone in Gotland. The colour scheme is a striking combination of black, reddish pink and gold.

Let's have a sip of the whisky itself, no? Meet Highland Park Valkyrie. 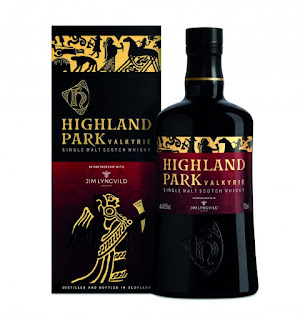 Water brings up drier notes such as old leather and dried peppers. Lovely smoke with a slight incense note. It reminds me of Mackmyra's Svensk Rok and Amrut somehow. Dried bananas too.

Taste: Light and playful in the mouth. Dried sweet peppers. Cardamon and coriander seed. Dried fruit flavours such as apricots and dates. Oriental smouldering spices. Allspice and Szechuan pepper or Chinese coriander. The sweetness from pineapple. A slightly bitter evolution.
With water, I'm getting some dark cherries, liquorice root and Pedro Ximenez sherry flavours with a dry touch. Gingerbread and stem ginger.

Finish: A fairly long finish with a sweet aftertaste. Lemon candy, liquorice with a touch of mint and tarragon on the BBQ.

This is a classic Highland Park malt with its heathery and smoky notes. I somehow lost interest in Highland Park after a few substantial price hikes. I enjoyed Valkyrie that much it reignited my curiosity. The hunt for a Dark Origins is open.

Sample disclosure: A sample of Highland Park Valkyrie was offered by Edrington. Opinions expressed in this review remain of course my own.