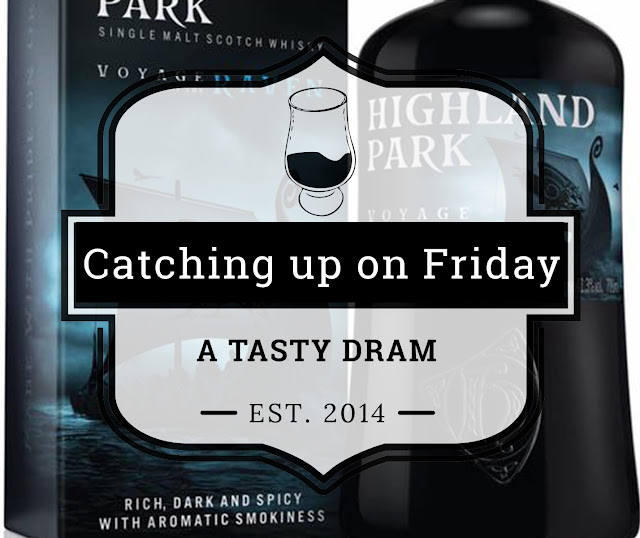 When Diageo confirmed this year's Special Releases they also trickled our interest another whisky hidden in their sleeve. Earlier this week Donald Colville shared a picture of the last unknown whisky: a blended whisky containing whisky from all the 28 active Diageo Scotch whisky distilleries. The whisky is bottled at 57.3% ABV and matured in a combination of refill American oak hogsheads, refill European oak butts, ex-bodega European oak and first-fill Bourbon casks. No word on pricing yet.

We’ll start the whisky news with two new releases from Highland Park. The Voyage of the Raven is a travel retail edition bottled at 41.3% ABV. The other Highland Park called Dragon Legend is bottled at 43.1% ABV and already available at Tesco for around £40. After a complete rebrand, the launch of Valkyrie and Shiel, the marketing dept. is definitely doing overtime.

Islay distillery Bunnahabhain revealed a new Travel Retail expression with "a rich sherry influence". The new An Cladach - Gaelic for The Shore - is bottled at 50% ABV which in my opinion could be a very good move. The packaging follows the maritime theme and sports the new Helmsman.

The new Wemyss Family Collection release will focus specific influences that impacts whisky, be it regional, malt style or cask effect. The first two releases of the Wemyss Family Collection represent two opposite whisky styles; that of bourbon cask matured and sherry cask matured whisky. Vanilla Burst and Treacle Chest are bottled at 46% ABV. Suggested retail prices will be respectively £43 and £47.

Highland Park The Dark & The Light

The collectable whisky series from Highland Park are yet another worst kept secret. In a few weeks, two new labels appeared. It’s quite clear that The Light and The Dark will succeed previous collectable whiskies like the Walhalla series and the Fire and Ice whisky couple. Source: Colas Online

Glen Grant prepares a series of higher ABV whiskies. Batch Strength could mean just about everything. The most common interpretation could be that either they decided to bottle this particular batch at 50% ABV or that the calculated ABV of different casks for this particular batch was around 50% ABV. The 1st Edition will be 15 years old. 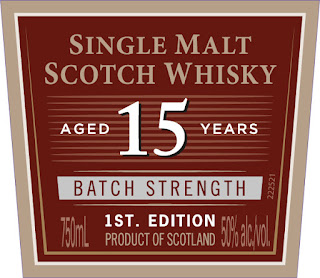 Some more interesting reads and hears