Highland Park The Dark & The Light 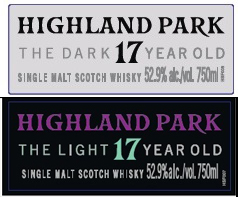 Upcoming collectable whisky releases are pretty much the worst kept secrets these days. In less then a month two new single malts from Orkney based distillery Highland Park appeared in the public Colas database.

The expressions are respectively called Highland Park The Dark and Highland Park The Light. Both have the exact same ABV (Alcohol by volume) of 52.9% ABV. 28.000 bottles of both The Light and The Dark will hit the markets. Looks like the Walhalla and Fire & Series will get a successor somewhere soon.

Nothing else of interest has been known yet.