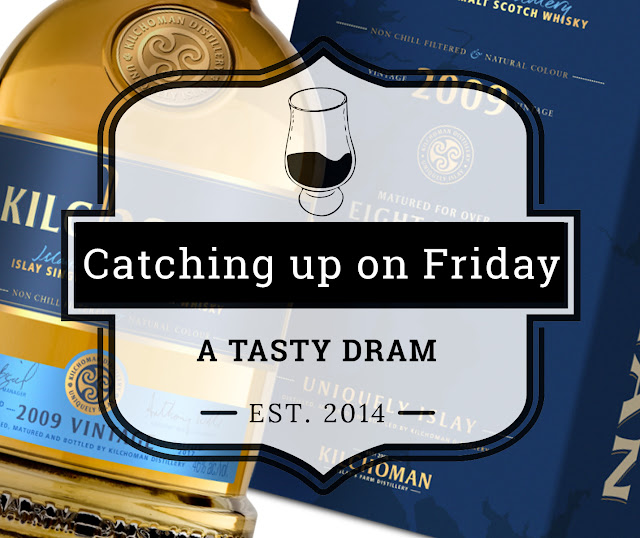 The Scotch Malt Whisky Society launched its very first blended malt today. A 10-year-old whisky composed of casks distilled prior to June 2006 and matured in first fill sherry hogsheads made from Spanish oak. Bottled at 50% ABV.

When Ardbeg tries to release a new whisky, it's hardly a secret. Bill Lumsden had been hinting at a new core range Ardbeg to stand next to the 10YO, Uigedail and Corryvreckan for several months. As I understand from the press release it is a vatting of ex-bourbon and Pedro Ximenez casks and the whole was put together in a marrying tun from French oak. Price: £49.

Read the full press release on my Tumblr microblog

Islay distillery Kilchoman will present its annual Vintage expression next week. Kilchoman 2009 matured over 8 years (as it proudly states on the cardboard box) and is a combination of fresh and refill bourbon barrels plus three Oloroso sherry butts from 2008. Price: £67.50.

Read the full press release on my Tumblr microblog

Whisky blogger at Great Drams and writer Greg Dillon is putting the last hand to his first book: Great Drams of Scotland. The book weaves together anecdotes and historical distillery facts from over 40 distilleries. Price: £19.99.

BenRiach released another batch - the fourteenth - of single casks. This release consists of 7 casks distilled between 2005 and 2009. A deliberate decision to only bottle whiskies from the 2000's?

A new whisky from the Isle of Jura distillery came up on my weekly stroll through Colas. The new NAS whisky will be a vatting of seven French and American oak casks. Bottled at 42% ABV. Source: Colas Online


Oh yeah, it looks like they are preparing an 18YO single malt too.

When I do see the name of Bowmore popping up, I'm always a little bit excited. Apparently, they are planning a 50yo single cask bourbon hogshead from 1966. Expect a special decanter and go see your bank for a small mortgage if you want one. Source: Colas Online