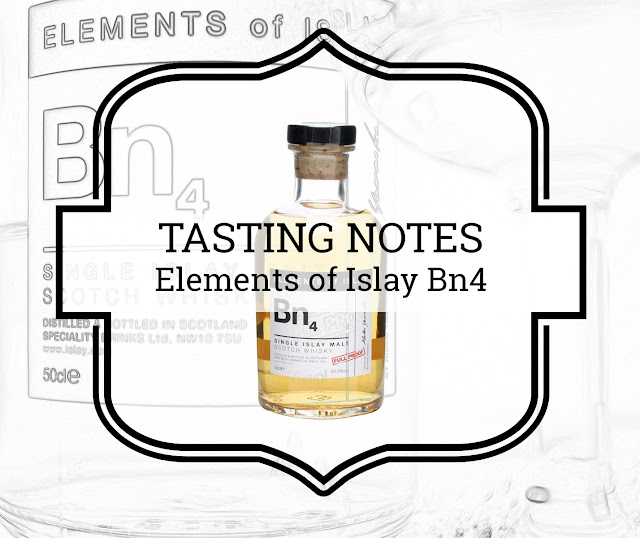 The Elements of Islay bottlings are a series of small-batch whisky expressions bottled by Specialty Drinks (closely related to The Whisky Exchange). The bottles are a wink to the apothecary bottles of old and the labels are inspired by Mendeleev's Periodic Table.

Every bottling has a fairly straightforward system to identify the Islay distilleries. Ar stands for Ardbeg, Bw for Bowmore, Br for Bruichladdich and Bn for... Bunnahabhain. The number coupled the element is the nth batch bottled of a certain distillery. So Bn4 is the fourth batch of Bunnahabhain bottled under the Elements of Islay label.

The fourth batch of the Elements of Islay whiskies was endorsed by Hideo Yamaoka? Hideo who you might ask. The man is a well-known whisky collector and movie producer who won some Feis Ile nosing competitions and the Spirit of Speyside Best Nose award and translated some of Michael Jackson's work into Japanese. Looks like a man who knows his whiskies.

Colour: The transparent apothecary bottle shows the golden hue clearly. It doesn't look like it has been e150-tampered with. Fast legs are leaving behind a beautiful texture on the glass.

Taste: Pepper and tobacco are omnipresent on the tongue. Fresh and crisp grapefruit, lavender honey. Juicy smoke. Perfectly sippable at 54.5% ABV. As long as you don't knock it down in one shot. But we're educated whisky drinkers, aren't we?
With a small splash of water, a smoky explosion develops. Roasted peppercorns guaranteeing a warm mouthfeel. Some more exotic flavours from papaya fruit.

Finish: A long warm finish with a touch of menthol. 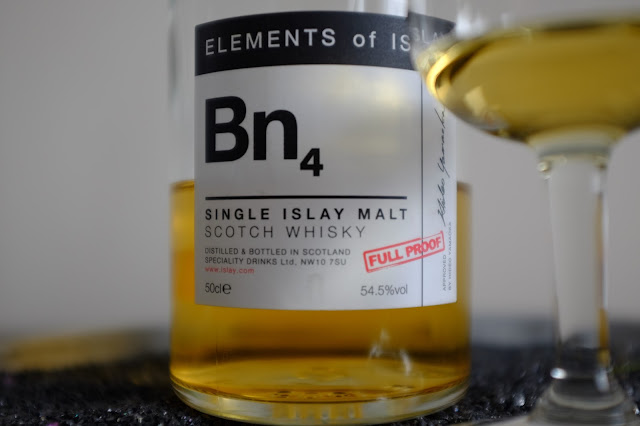 This is one of the best Bunnas in my book till now. Once the whisky grabs you it won't let you go. Difficult to describe, yet that's what makes it so attractive. A dirty peaty, smoky, creamy malt. That's how I like my Bunna.

You want an argument in the relatively quiet NAS debate? This was a good example at around €54 back in the days (I bought my bottle two years ago at Slijterij De Vuurtoren ). Recommended stuff but long gone by now!
Bunnahabhain Elements of Islay Islay Scotland Specialty Drinks Tasting notes