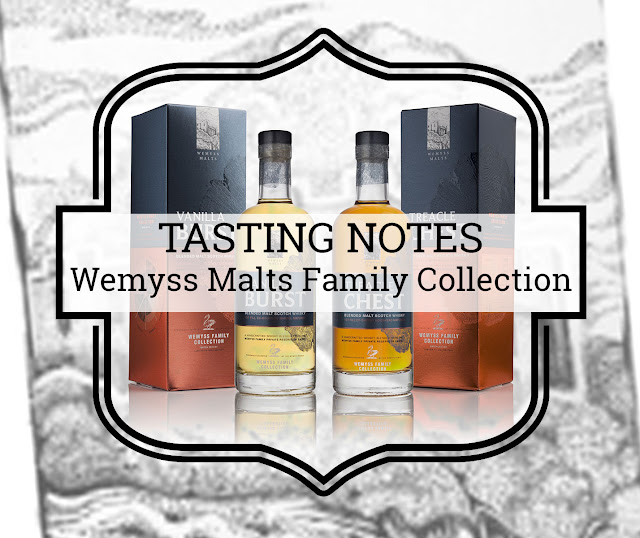 Wemyss Malts is familiar name when it comes to excellent single casks and blended malts. The owners of the Kingsbarns Distillery has been releasing annually some good to superb blended malts. Their newest feat - The Wemyss Family Collection - will focus on one specific influence that impacts a whisky. This can be a regional aspect or the use of different casks.

The first two releases focus on the differences between Speyside and Highlands whiskies and between bourbon and sherry casks. Vanilla Burst is a vatting of 15 first fill ex-bourbon casks - American oak - from two different Speyside distilleries. Treacle Chest consists of 14 first fill ex-sherry casks, from two different Highlands distilleries. Wemyss didn't specify the species of oak nor the style of sherry from the vatting.  The use of sherry casks does mean automatically the use of European oak. Most sherry casks are now made from American oak, due to being less porous and minimising the risk of leaks.

Let us put the first two releases of this educational series to the test. 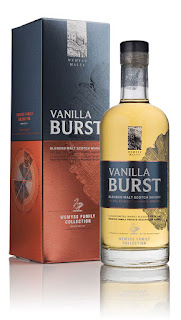 Taste: Vanilla cream and custard. Sweet red apple and oranges. Citrus lemonade with cinnamon and lemon rind. A sprig of mint, a touch of pepper and a slice of ginger.
Water does not bring a lot of change. Vanilla, lemon rind and honeysuckle.

Finish: Sweet honey and nutty flavours lingering on the tongue. 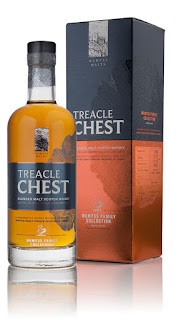 Nose: Lots of sweets and spices on the nose. Boiled sweets - Happy Cola Candy - and cinnamon syrup. Caramel, honey, golden syrup, candy syrup. A bag of dried fruits with some raisins, figs and dates. Everything you need for a Christmas pudding. Juicy mango and chocolate rice Krispies. Puffed rice, brown sugar and dark sweet malt. I'm even getting a note of pasta.
With water, it boils down to a sour-sweet mango chutney with tarragon. 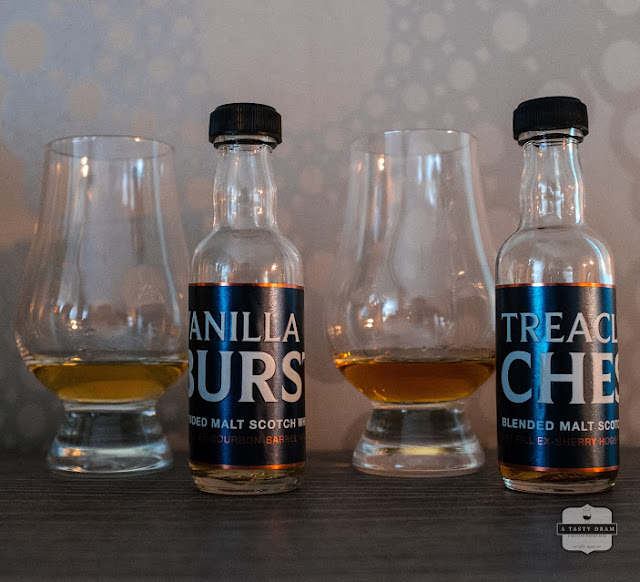 Both are fairly decent whiskies. But honesty abides me to add that it's not the best Wemyss Malts has to offer. I tend to agree with some peoples view that Velvet Fig and the Batch Strength version of Spice King scored higher. But the whiskies are a fun and educational way to explore two different flavour profiles with signature bourbon and sherry flavours. For me, Vanilla Burst was the better of the two due to a nice balance between fresh citrus and sweet vanilla notes.