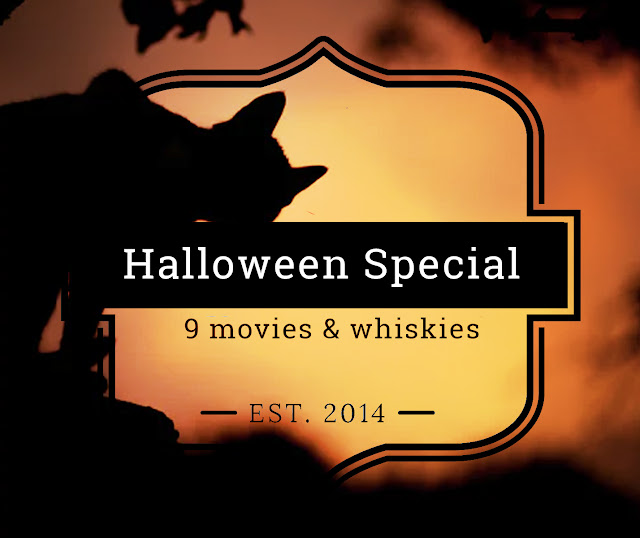 Halloween is on the doorstep so I'm dusting off my horror DVD's for a fright night with appropriate drams. Yes, you can call me old school, but there's still no sign of Netflix in ATD HQ.

I will once again pick 9 classic horror movies from my collection and pour a matching whisky when the ladies of the house are asleep.

It's a surprise I did not include my favourite horror movie of all times in the first Halloween list. Meet Sam Raimi's The Evil Dead, a movie I could probably put on mute and recite by heart back in the days... Bruce Campbell's one-liners blend and haunted-cabin-in-the-woods-movie perfectly with an uncompromising dram such as the Ardbeg 10. It might not be love at first sight, but once you love the whisky it's unconditional and everlasting. Although I probably should have picked the future Ardbeg Grooves as an accompanying dram. Klatuu Veratuu Nict*¨%£*! 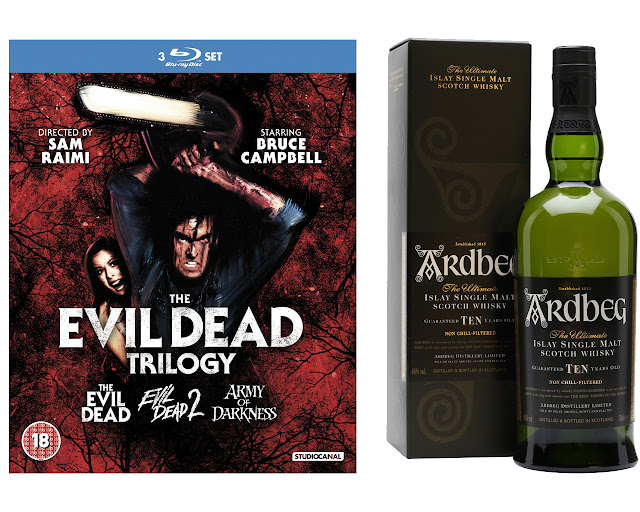 Guillermo Del Toro visual masterpiece deserves an equal organoleptic masterpiece. This colourful Spanish-Mexican fairytale is set in the early Franco period. It's one of those movies that stays with you, even after seeing it only once. Port Charlotte's 10YO second edition has that exact same quality. A liquid fairy tale with multiple layers. 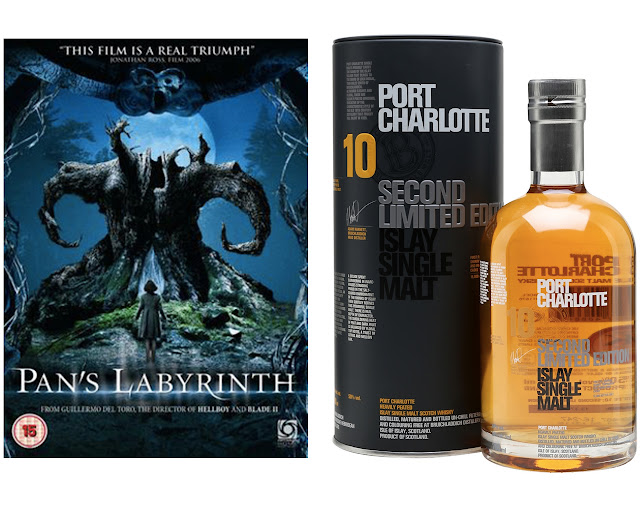 A proper Halloween movie list should at least contain one werewolf movie. The 1981 horror comedy by John Landis contains one of the most epic human to wolf transformations from the past 30 years. Now let's google a distillery with a wolf in its name or on its label... The new Wolfburn distillery whiskies feature a sixteenth-century drawing of a supernatural sea-wolf. Beware the moon, lads. 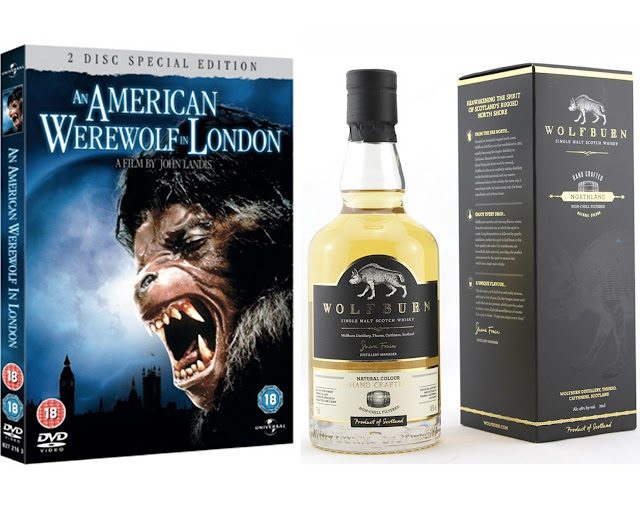 Frank Darabont's The Mist is one of the very few decent Stephen King adaptions. Most of the movie is set in a supermarket enveloped in a thick mist that houses enormous insects and monsters. The Aultmore distillery lies in a fog-cloaked region know as the Foggie Moss. A fog housing a beautiful distillery with a very decent entry-level malt. We gave it a good shot. 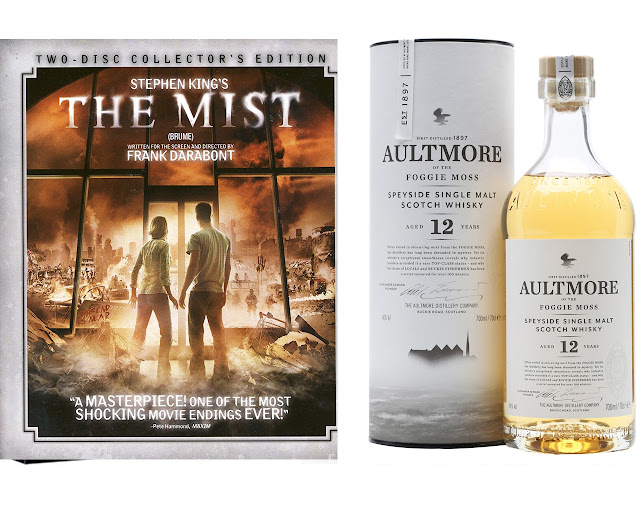 The stories of Jaws and Talisker are fairly similar. The movie has been copied numerous times but none attain the quality of the original. The same goes up for Talisker. Despite numerous attempts such as Dark Storm and Skye, the Talisker 10 is unrivalled as a single malt as was the original Jaws - thanks to the suggestive approach and John Williams theme. You're gonna need a bigger boat. 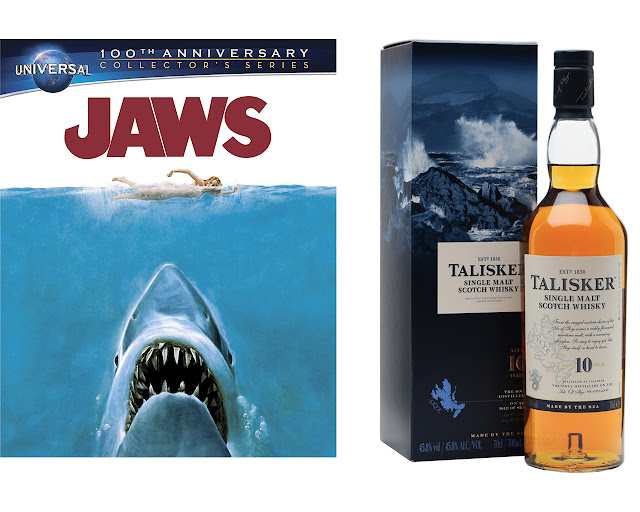 THX 1138 was George 'May the Force be with him' Lucas very first movie. The dystopian setting of the police state was partly inspired by George Orwell's 1984 novel. This classic piece of literature was written on the Isle of Jura, according to Orwell, the most extremely unget-at-able place. The 16-year-old Diurachs' Own will form a perfect match. Let us be thankful we have commerce. Buy more. Buy more now. Buy. And be happy. 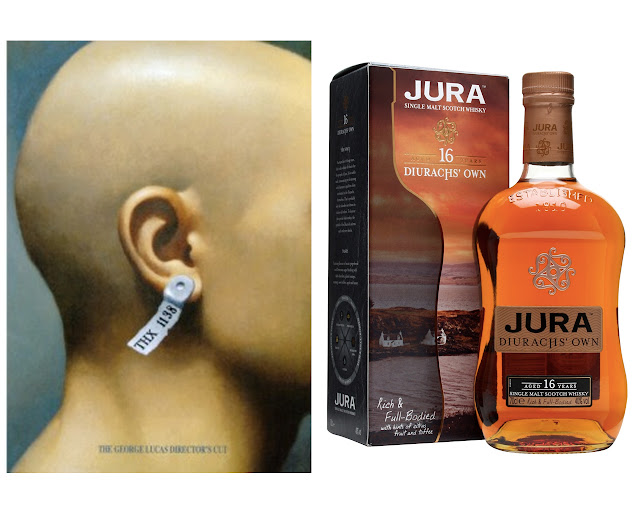 This is a very straightforward movie and whisky pairing. One of the main characters, portrayed by Brendan Gleeson, stocks up on Lagavulin 16 in Danny Boyles post-apocalyptic zombie movie partly set in London. And if you had to pick your last dram on a zombie-infested earth, Lagavulin 16 might be a serious candidate... Have you got any plans, Jim? 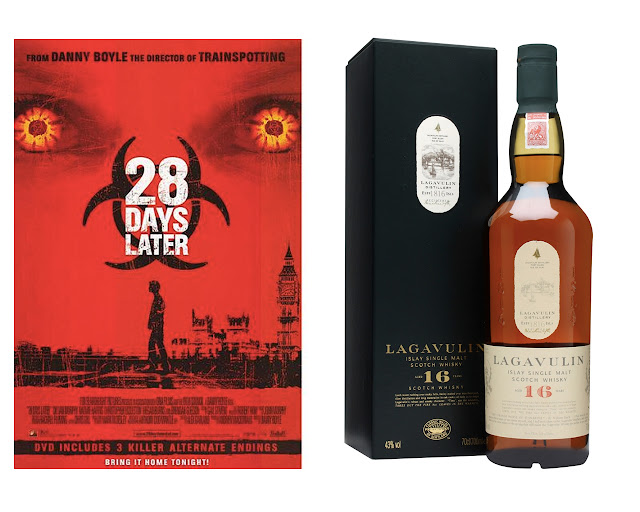 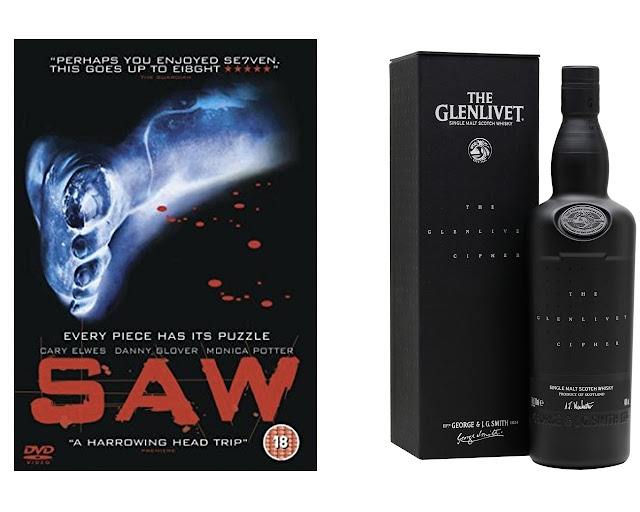 The Hellraiser movie gave us some of the most iconic movie characters. The Cenobite known as Pinhead is an explorer from a Hell-like realm. The mystic box that summons Pinhead was commissioned by a master in the Black Arts... which brings us directly to Jim McEwan's masterpiece at Bruichladdich: Black Art. Complete the pattern, solve the puzzle, turn the key. 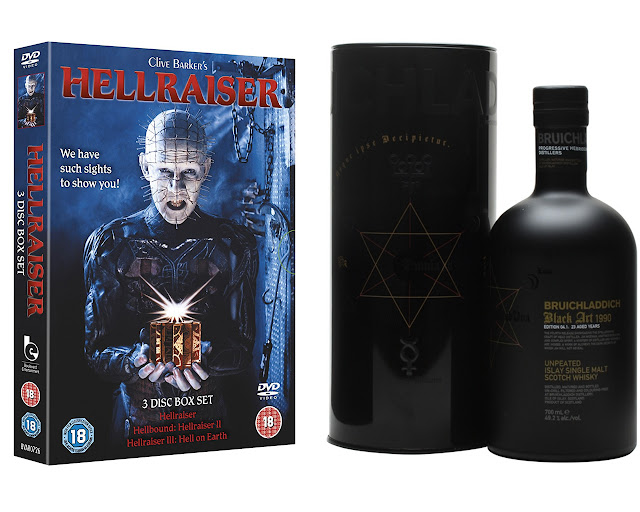 The new Campbeltown blended malt from Douglas Laing, The Gauldrons, features a small spider on the bottle. The inspiration for the illustration came from a tale on Robert The Bruce who observed a spider struggling to build its web. Scared of spiders? Arachnophobia is a horror comedy you probably should not watch if that is the case... I saw a web! There is a web in my barn! 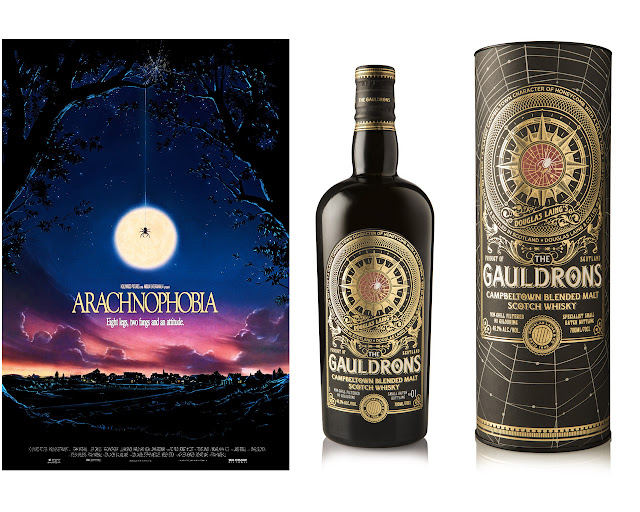 What are your favourite Halloween movies and whiskies?