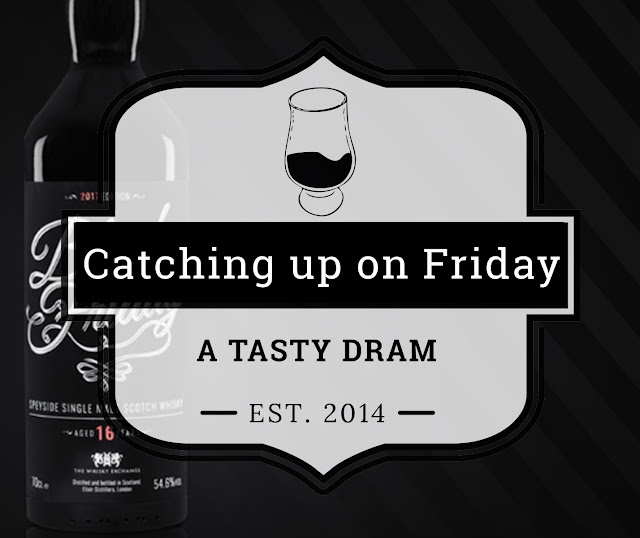 
Black Friday at The Whisky Exchange

The guys at The Whisky Exchange roused curiosity with a special “Black Friday” whisky. All will be revealed by now, but I’m not going to spoil it. If you want to find out, head to their website right now (But you're way too late already, as was I).

The Morrison family returns to the distilling scene 34 years after selling of Bowmore-Morrison Distillers to Suntory. The new Aberargie distillery is located family’s farm a few miles south of Perth. The new Lowlands whisky-to-be can be classified as a single estate product. The barley - Golden Promise (!) - will be grown on the farm, malting will be done at Simpsons and the rest of the operation will take place on site.

While the UK is spoiled with some rather decent 29-year-old Glen Marnoch and a 26-year-old Irish Reserve single malt, Belgium’s is getting a Koshu Gold Japanese blended whisky from a company called “Nirasaki Distillery”. While not mentioning where it is distilled, the whisky matured and was bottled in Japan. So chances are this is new make from Scotland (or another country) that has been shipped to Japan to be sold off as “Japanese whisky”. Price: €24.99.

Springbank Distillery prepares yet another red wine matured Longrow. The heavily peated sub-brand from Springbank comes up with a least once a year with such an expression. This year’s choice fell upon casks of Cabernet Franc, a grape that is well known for being used in Saint-Nicolas de Bourgeuil for example.