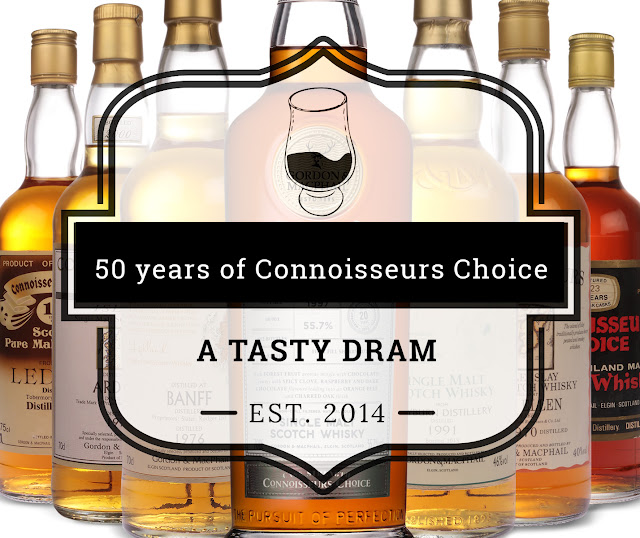 One of Scotland's most renowned independent bottlers Gordon and Macphail celebrates the 50th birthday of the Connoisseurs Choice brand in 2018. Back in the 60's, the majority of (single) malt whisky disappeared into blends. The market for single malt whiskies was virtually non-existent. Some of Scotland's most iconic single malt brands proudly stating to be centenarians or even bicentenarians are indebted to independent bottlers for establishing their name as a single malt. 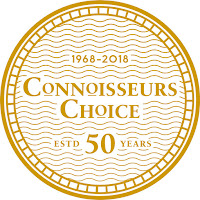 The ‘Connoisseurs Choice’ range was created by whisky visionary, George Urquhart, the second generation of the family and grandfather of the current generation at the helm at Gordon & MacPhail.

The growth of the Connoisseurs Choice range in the 1970s and 1980s was accelerated by George Urquhart’s annual pilgrimage to visit Italian collectors and distributors who helped to build awareness and shape the future flavour profiles of new stock being laid down for maturation.

In 1956 with eighty-four combined years of experience in the business behind them, John & George Urquhart selected the Sherry hogshead for filling at the Linkwood Distillery. https://t.co/GtVezSi1Qo #tastethehistory pic.twitter.com/dPk2FpVoVQ
— Gordon & MacPhail (@gordon_macphail) April 12, 2018

Over the decades, the label has been redesigned several times. Every iteration of the label offered more information  to the educated whisky sipper.  The Connoisseurs Choice range’s ‘Brown Labels’ were updated in 1988 by the next stage of labels, known among collectors as the ‘Map Labels’ featuring a thumbnail map of the spirit’s origin. These were superseded in 1996 with the introduction of a colour-coded background for each region.

Fast forward to 2018 and Gordon & Macphail educates its customers about the region, the outturn, the exact bottling date, the casks, how many casks were vatted, the age and some tasting notes for the whisky.

The first Connoisseurs Choice bottlings featured whiskies from distilleries such as Port Ellen, Strathisla and Rosebank. The Talisker expression was on sale at the time for the princely sum of £4. Today, you can still pick up a Connoisseurs Choice Glen Keith bottled in 1968, but this bottle will cost you almost £700.

Something new around the corner?


Gordon and Macphail will be celebrating the 50th anniversary with a series of older single malts - 30 years and older - in decanter style bottles and wooden boxes and bottled at cask strength. The names adorning these premium boxes are a guarantee for liquid gems: Mortlach, Caol Ila, Linkwood, Glenburgie and Glenglassaugh to name a few.

Happy anniversary Connoisseurs Choice! I raise a dram or two to another fifty years!