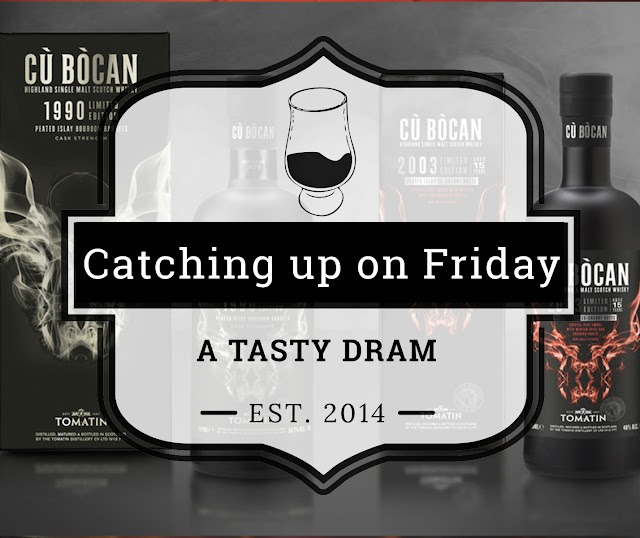 I'll try to get you up to speed in less then two minutes on the latest whisky news, rumours and interesting blog posts from the past week.

Kilchoman 100% Islay 8th Edition, is a vatting of 23 bourbon barrels and 7 oloroso sherry butts filled between 2008 and 2012, bottled at 50% ABV. A total of 12,000 bottles have been released worldwide, hitting shelves from the 10th of September. The 8th Edition can trace its origins to the fertile soil of the Kilchoman barley fields. It was here that they Optic barley between 2007 and 2011. Once harvested the barley was hand malted, peated and distilled before being matured in a combination of bourbon and sherry casks. 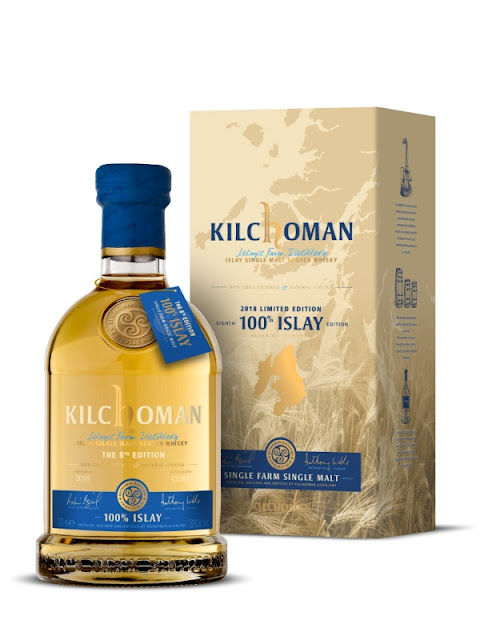 The latest expression within the Provenance Coastal Collection, a single cask distilled at Caol Ila Distillery, is aged 6 years old and bottled at 48% strength. The range is said to deliver “an extraordinary voyage around Scotland’s Whisky islands”, with this latest Islay bottling’s tasting notes proclaiming “loads of Islay peat” alongside “soot, ash and coal dust”. 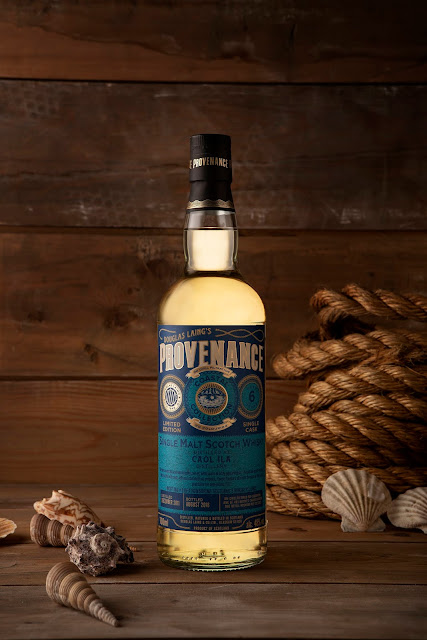 The latest XOP Platinum is a 25 Years Old Glen Garioch single cask whisky finished in an ex-Sherry cask. The third in a planned collection of four, this release follows the Ardbeg Vintage 1992 launched in March and Port Dundas Vintage 1974, unveiled in June. Just 303 bottles of this Glen Garioch Vintage 1993 are available, bottled at natural cask strength and offered without colouring or chill-filtration. The labels are hand-signed and individually numbered by Fred and Cara Laing, who have selected all four of the XOP Platinum single casks. 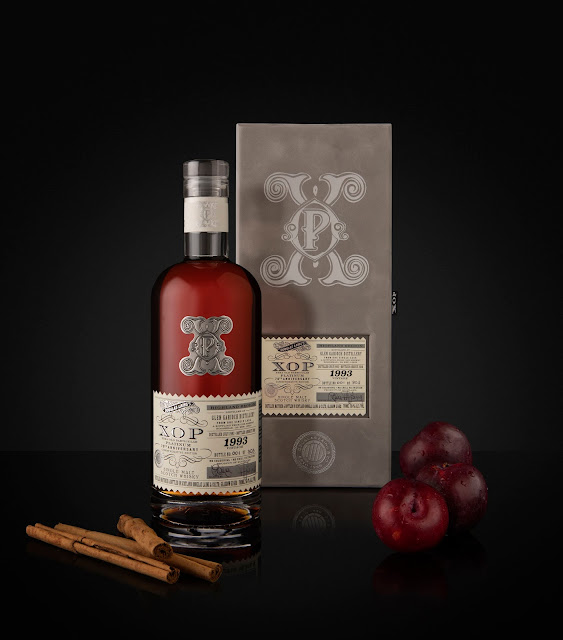 The Aerstone single malt has been distilled at William Grant & Sons’ Girvan site, where it produces the Lowland Ailsa Bay single malt. The Smooth and easy” Sea Cask is described as a “classic Speyside-style” single malt that has spent time ageing in warehouses close to the Ayrshire coast, giving it a “subtle salty note on the finish”. The “Rich and smoky” Land Cask has been produced using highland peat and aged further inland. 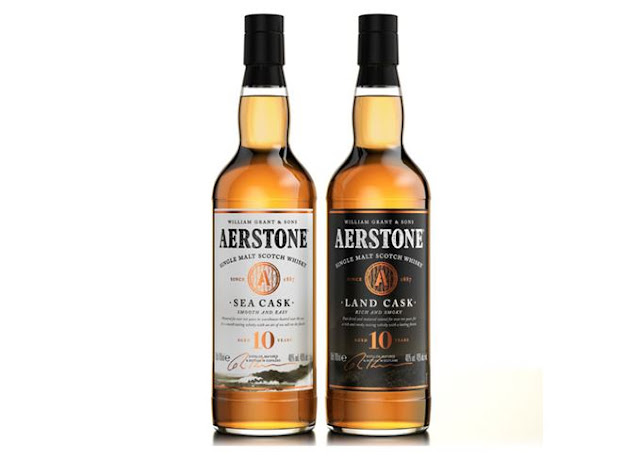 The new Soleo Collection from the Glenrothes consists entirely of whiskies matured in sherry-seasoned casks. The vintage approach has been replaced by good old age statements In addition to age statements including a 10yo, 12yo, 18yo and 25yo – and a 40yo planned for next year – there’s one NAS, titled Whisky Maker’s Cut at a slightly higher ABV. 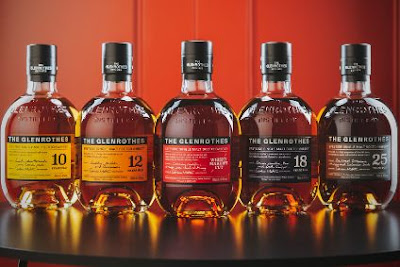 The Glenrothes Halloween Edition 2018 is a limited release of only 2202 bottles. The Glenrothes Distillery in Rothes has stood next to the town’s graveyard. Day and night, as life begins and ends, The Glenrothes continues its daily routine of giving birth to new make spirit and laying whisky down to mature in oak casks. Distilled on Halloween 2004, then filled into casks the next day. Matured in 100% first fill sherry seasoned casks for 13 years, this is a perfectly balanced whisky that delivers notes of vanilla, ginger and melon. 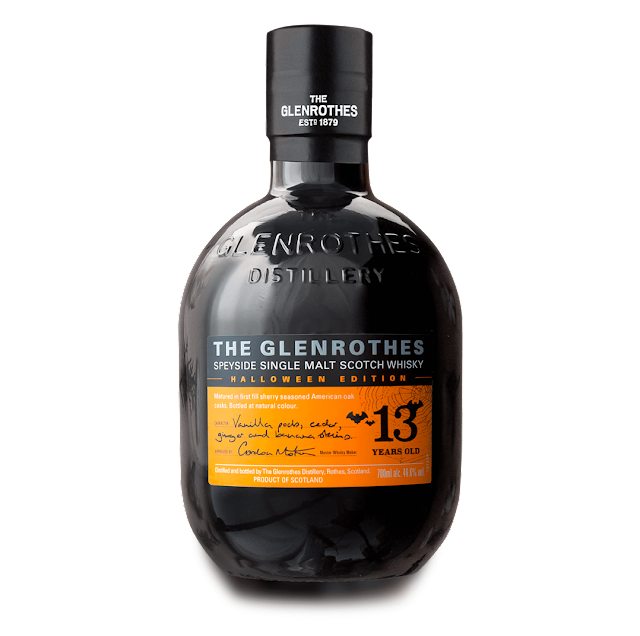 The GlenDronach Forgue 10YO

The Glendronach Distillery presented its first-ever Global Travel Retail whisky: a 10-year-old single malt named after the valley that the Glendronach people call home. The whisky matured in a combination of Oloroso and Pedro Ximénez Sherry casks and bottled at 43% ABV. 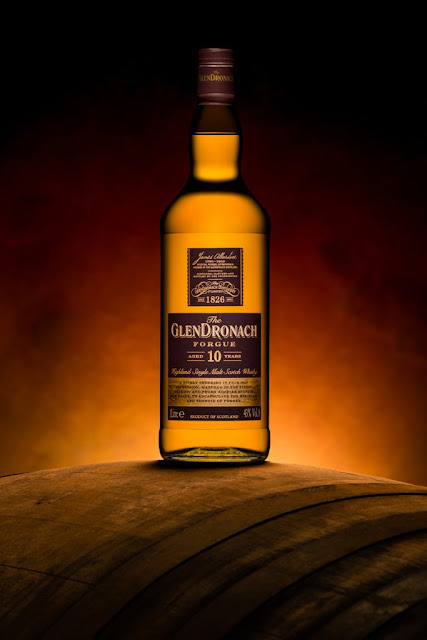 The 10th and final Special Releases from Diageo was one of the best-kept secrets of 2018. Cladach is a blended malt from Diageo's coastal distilleries. The blend is the final masterpiece from Keith Law, the man behind Collectivum XXVIII. Cladach is Gaelic for coastline and has been composed with whiskies from Inchgower, Clynelish, Talisker, Oban, Caol Ila en Lagavulin. 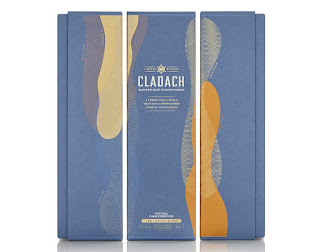 Tomatin Distillery presents two new vintages for its Cù Bòcan sub-brand. A 2003 vintage limited edition (15 years old) Cù Bòcan has been matured in peated Islay ex-Sherry butts and has a strength of 46% ABV. The 1990 vintage limited edition was distilled on 17 October 1990 and has been matured in peated Islay ex-Bourbon barrels at a strength of 52.9%. There are only 1,400 bottles of the 1990 edition available worldwide. 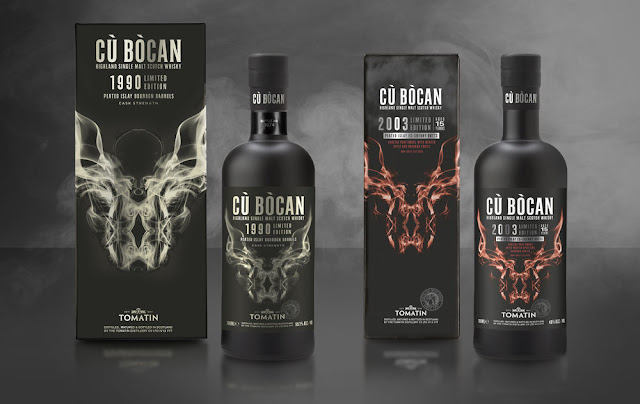