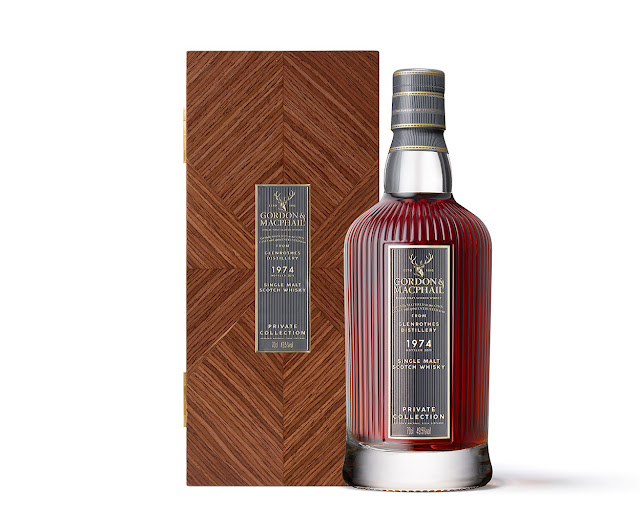 Gordon & Macphail recently revised their entire core range. The Private Collection, featuring rare and older single casks,  are selected by a member of the Urquhart family.

Stuart Urquhart - who also selected cask #512 filled with 1961 Longmorn - picked the first two Private Collection whiskies with the newly designed bottles: a 1974 Glenrothes and a 1985 Inverleven.

The Glenrothes distillery has been in de hands of Edrington and its predecessor for roughly 130 years. The whisky was mainly used in blends such as Cutty Sark from Berry Bros. & Rudd.  Glenrothes as a single malt brand is much younger. The first official 12-year-old whisky first appeared in 1987. This 1974 single cask predates the official single malt whiskies from The Glenrothes.

Colour: Deep copper with an oily texture. Lots of fatty beads sticking to the glass.

Taste: Sweet spices. Cinnamon has the lead. Again dark winter beers and nuts. Sweet apple sprinkled with cinnamon. Calvados isn't that far away. Chocolate cake and rye. Some red wine tannins and a distant tobacco note.
With water: Chocolate pudding with raisins and dates. Cinnamon and rock sugar. Or rather golden syrup.

Wow. This might be the dram of 2018. I rate this one significantly higher than the 1961 Longmorns when it comes to intrinsic quality as a drink. It retained a far better balance and isn't as bone-dry as the twin set of whiskies. Refill sherry casks are a far better alternative for maturing whiskies 30 years or longer. The 1974 vintage is simply a great Glenrothes.