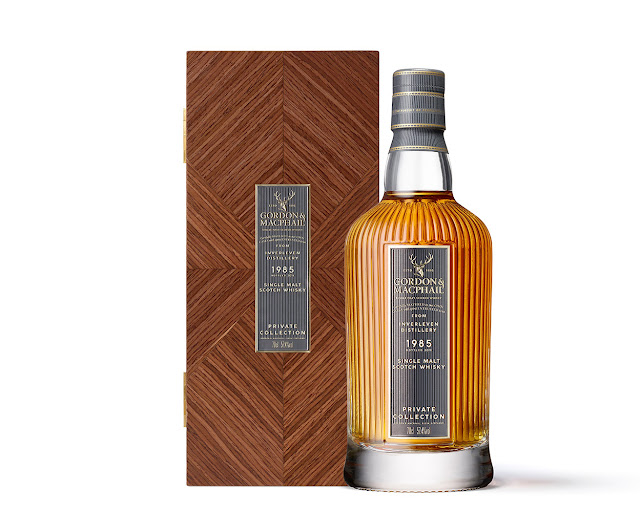 Much of the distillery equipment was saved from demolition by a team of ten distillery workers from Bruichladdich. The Lomond still - nicknamed "Ugly Betty" is still in use at Bruichladdich to distill The Botanist Gin. The wash and spirit still were also shipped to Bruichladdich but were never used. Nowadays these stills work their magic in Mark Reynier's Waterford Distillery in Ireland.

Colour: Gold in colour with a fat texture.

Taste: A peppery start. Having a bite of an unpeeled red apple. Grapes. Coconut and mint versus coffee and caramel. A heap of dark cacao and muesli or granola with seeds and malt.
With water: Vanilla brioche with slices of banana and coconut. Creamy and sweet. Granola sprinkled with brown sugar.

Finish: A long and soft finish. Vanilla, sugar and wood with a touch of mint and heather.

I don't have any previous experience with Inverleven but it's a great start. When re-reading my notes on a 1991 Bladnoch from Malts of Scotland, there are some similarities in the tasting notes. Same region and the same type of barrel but Bladnoch was more widely available than Inverleven.  Solid quality whisky but it comes with a price tag.

Read the full background story on the Inverleven stills on Waterford Distillery's website.