The whisky is named after Traigh Bhan beach, also known as the Singing Sands of Islay. 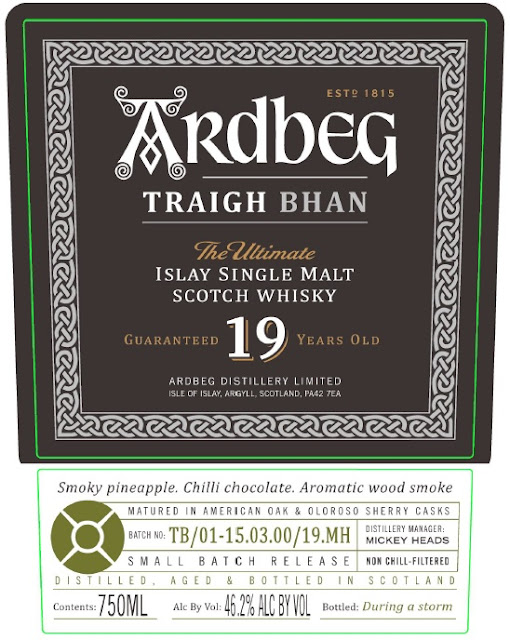 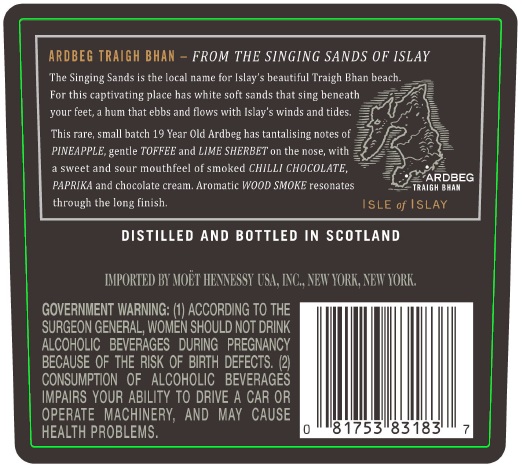 The back label reads:
The Singing Sands is the local name for Islay's beautiful Traigh Bhan beach. For this captivating place has white soft sands that sing beneath your feet, a hum that ebbs and flows with Islay's winds and tides.

This rare, small batch 19 Year Old Ardbeg has tantalising notes of PINEAPPLE, gentle TOFFEE and LIME SHERBET on the nose, with a sweet and sour mouthfeel of smoked CHILLI CHOCOLATE, PAPRIKA and chocolate cream. Aromatic WOOD SMOKE resonates through the long finish.

Entries from the TTB Public Registry (Alcohol and Tobacco Tax & Trade Bureau) are a fairly reliable source for upcoming new whiskies. Although not all entries make it to the market. There’s always the possibility a brand decides not to launch a whisky, even if the label has been approved. Until the distillery sends out a press release, this whisky should be considered a rumour…
Ardbeg News Rumours