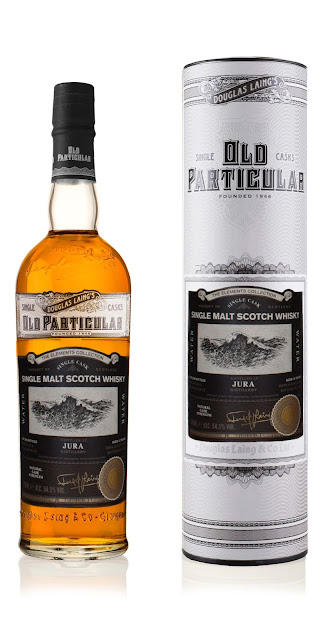 Douglas Laing & Co concludes the final chapter in the Old Particular “Elements” Series with a tasty dram from the Isle of Jura , a 12 Years Old “Water” Edition.

The limited-edition Single Cask series made its debut in 2019 and showcases the four natural elements of earth, air, fire and water. The latest and final edition was finished in a Pedro Ximénez Sherry butt, imparting warming winter spices and chewy toffee notes to the salty, maritime Jura spirit within.

The 12-year-old Jura is bottled at natural cask strength and without colouring or chill-filtration, the Old Particular Elements Series is said to epitomise Scotch Whisky that is “truly as natural as it gets”.

The concept is brought to life by intricately illustrated labels, with the latest release featuring crashing waves in honour of the wild waters surrounding the Isle of Jura. 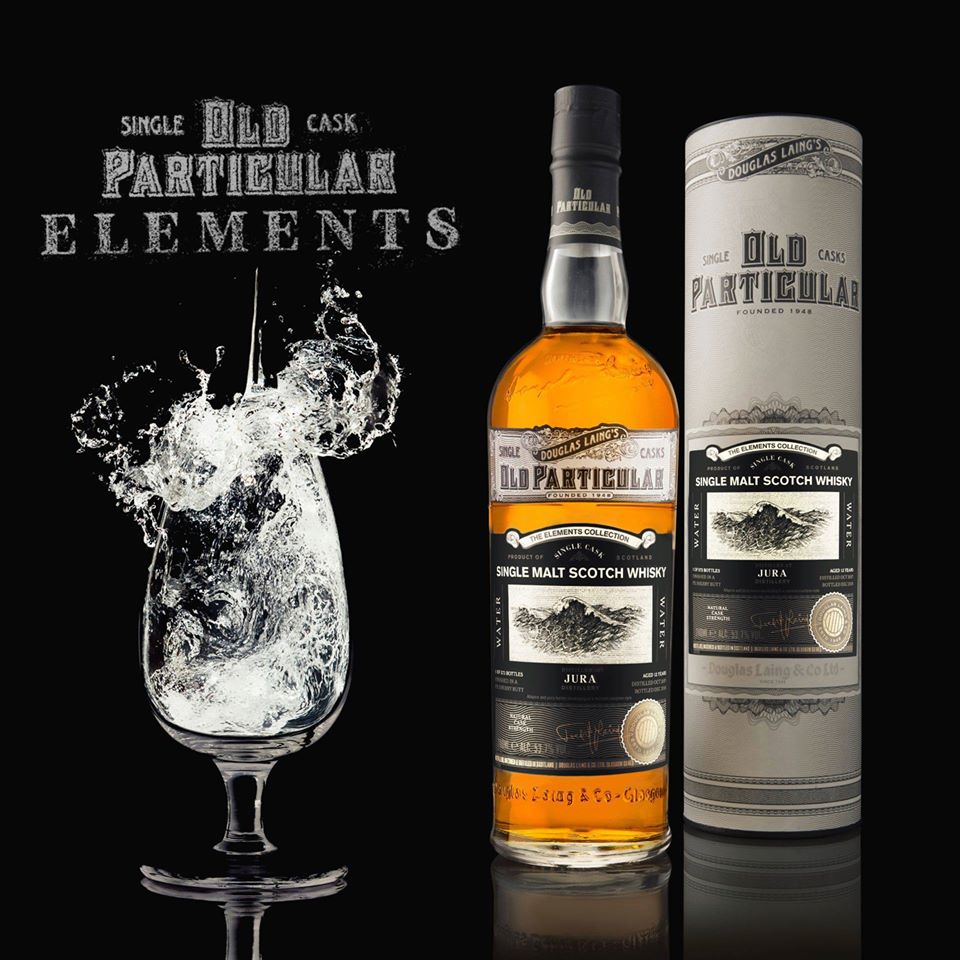 Director of Whisky and third generation in the family business, Cara Laing, comments on the conclusion of the series: “Our Old Particular Elements Series celebrates the natural elements that, combined with human care and attention, produce the Scotch Whiskies that are celebrated the
world over. Our cask selection for the Elements Series seeks to embody each of the Elements individually, with the maritime qualities of this particular cask neatly personifying the small but mighty Isle of Jura and its surrounding wild seas.”