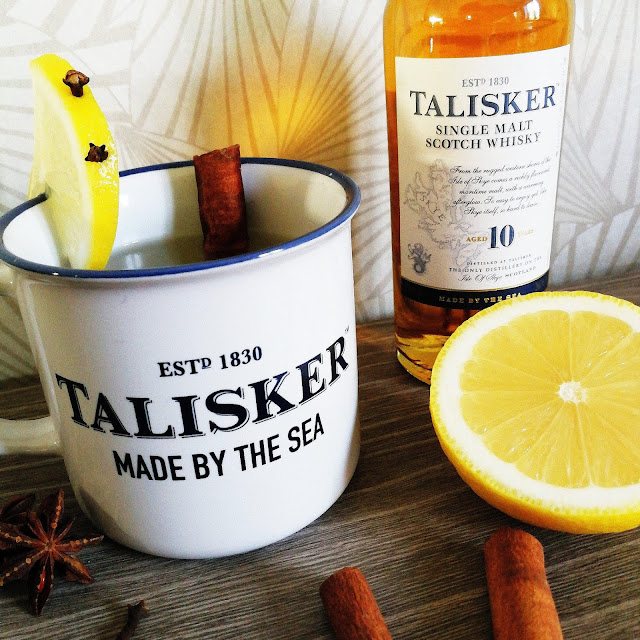 A hot toddy is a mixture of a spirit (usually whisky), hot water, and honey. Other ingredients such as cloves, a lemon slice or cinnamon are often also added.

In the book How to Drink, the hot toddy is described as "the vitamin C for health, the honey to soothe, the alcohol to numb."

The origin of the name "Hot Toddy" either comes from the Indian tadi drink, produced by fermenting the sap of toddy palm trees. Its earliest known use to mean "a beverage made of alcoholic liquor with hot water, sugar, and spices" is from 1786. Other sources credit the Irish physician Robert Bentley Todd for his prescription of a hot drink made from brandy, water, sugar syrup and canella.

January 11 has been declared as National Hot Toddy Day so let's put the kettle on the fire and grab a bottle of Talisker. 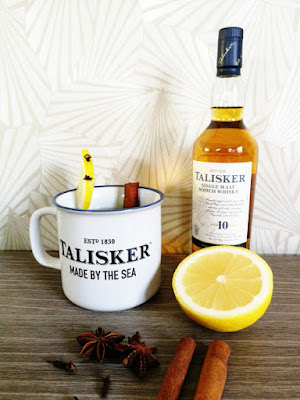 Cut the lemon in two and keep a slice to garnish. Stud it with the cloves.

Add a measure of Talisker 10YO whisky, 2 tablespoons of honey and the lemon juice to your mug. Stir with the cinnamon stick while adding boiling water. Add the star anise and the slice of lemon.

Sip it slowly and enjoy the warm glow. 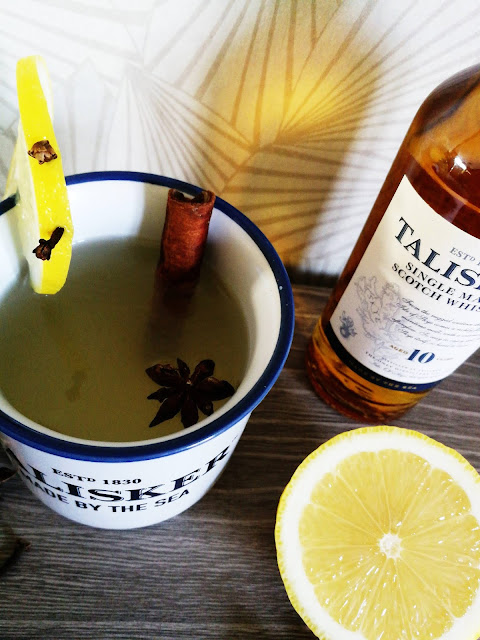