on December 31, 2014
Since the end of 2014 is near, it is time to review the past year. It was a rather productive year. The Tasty Dram blog got an English brother in arms and blogging pace increased to two weekly posts: one whisky review on Sunday and a news flash on Wednesday.

Without further ado, my personal top ten drams (or rather two top-five rankings) of 2014. Every year Bruichladdich presents a cask strength Port Charlotte. PC11 is the 7th release of this limited edition. The number 11 relates to the age of the whisky. Too bad that this Charlotte only roams the airports and I never fly... My review of  Port Charlotte PC11 Without any doubt the Ardbeg of the year. A twenty-year-old cask strength bottling from A.D. Rattray for Jurgen's Whiskyhuis. This is whisky hors-catégorie. One to open on special occasions and to enjoy the moment in a Zen state of mind. A lovely complexity, subtly layered and slightly brutal. And it sold for less than €300... My review of Ardbeg 20 Uisge Beatha Taigh Highland Park's Walhalla series will end in 2015 with the launch of Odin. Loki's shape-shifting character was the inspiration for the flavour profile of its liquid alter ego. Born out of European and previously peated casks, the aromas perceived on the nose and the palate should differ from each other. My review of Highland Park Loki An impressive 17-year-old Laphroaig from the Scotch Malt Whisky Society with a varied array of flavours. The sherry cask gives it the depth that makes it outstanding and yet does not conceal the typical Laphroaig character. My review of  SMWS Heidi's Holiday to Islay 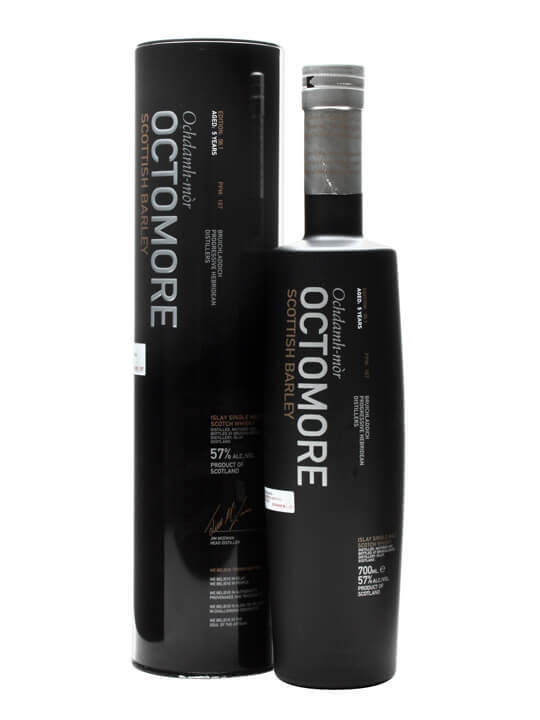 Octomore has a reputation to maintain and lives up to it. This is no whisky for starters. If you aren't fond of Ardbeg, steer clear of Octo! This slightly brutal youngster is a real treat for peat lovers. Young aggressive and still refined enough. Lovely complex. My review of Octomore 6.1 The Scotch Malt Whisky Society releases at regular intervals Mortlach bottlings. This 26-year old Morty was one of my birthday gifts this year. I brought it back from London for a mere £85 (!). Note to self: make time to review this epic SMWS bottle! 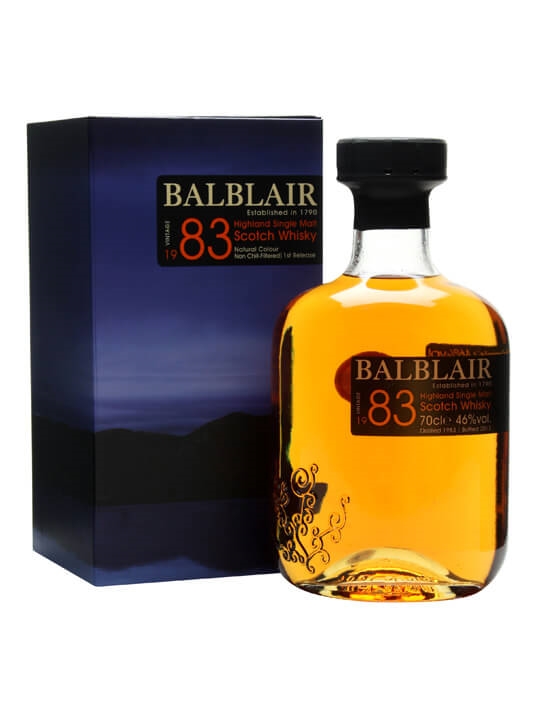 I baptised this 1983 Vintage "Delicious Masala Chai served by a lady". The fruity and floral flavours are fully developed in this top vintage from the Highlands. My review of Balblair 1983 We have been overwhelmed with the former Lowlands glory of Littlemill by independent bottlers. This 21-year-old Littlemill selected by Jürgen 'The Whisky Mercenary' Vromans was one of these outstanding bottles. A classic Lowlands profile and an absolute gem that sneaked its way into my top ten at the very last moment. The review should appear on the blog in January. Tomatin presented a limited edition Cuatro series during a Tweet Tasting by The Whisky Wire. The starting point was one batch of spirit that matured for 9 years in American oak and was then transferred to Fino, Manzanilla, Oloroso and Pedro Ximenez sherry casks for three years. The Manzanilla version was my pick of the evening. My review of Tomatin Cuatro Manzanilla Wemyss Malts started the festive season with Velvet Fig, a limited edition blend wholly matured in ex-Oloroso sherry casks. If there was one whisky that had Christmas all over it, it's this one (OK, you also may count Big Peat Christmas in...). My review of Wemyss Malts Velvet Fig

The blogging pace will remain the same: one review in Dutch and English and a news flash from the world of whisky and/or my thoughts on tastings and festivals I'll attend.

If everything goes as planned, I'll start with a new bottler on the market: Chapter 7 or that delicious Littlemill by The Whisky Mercenary.