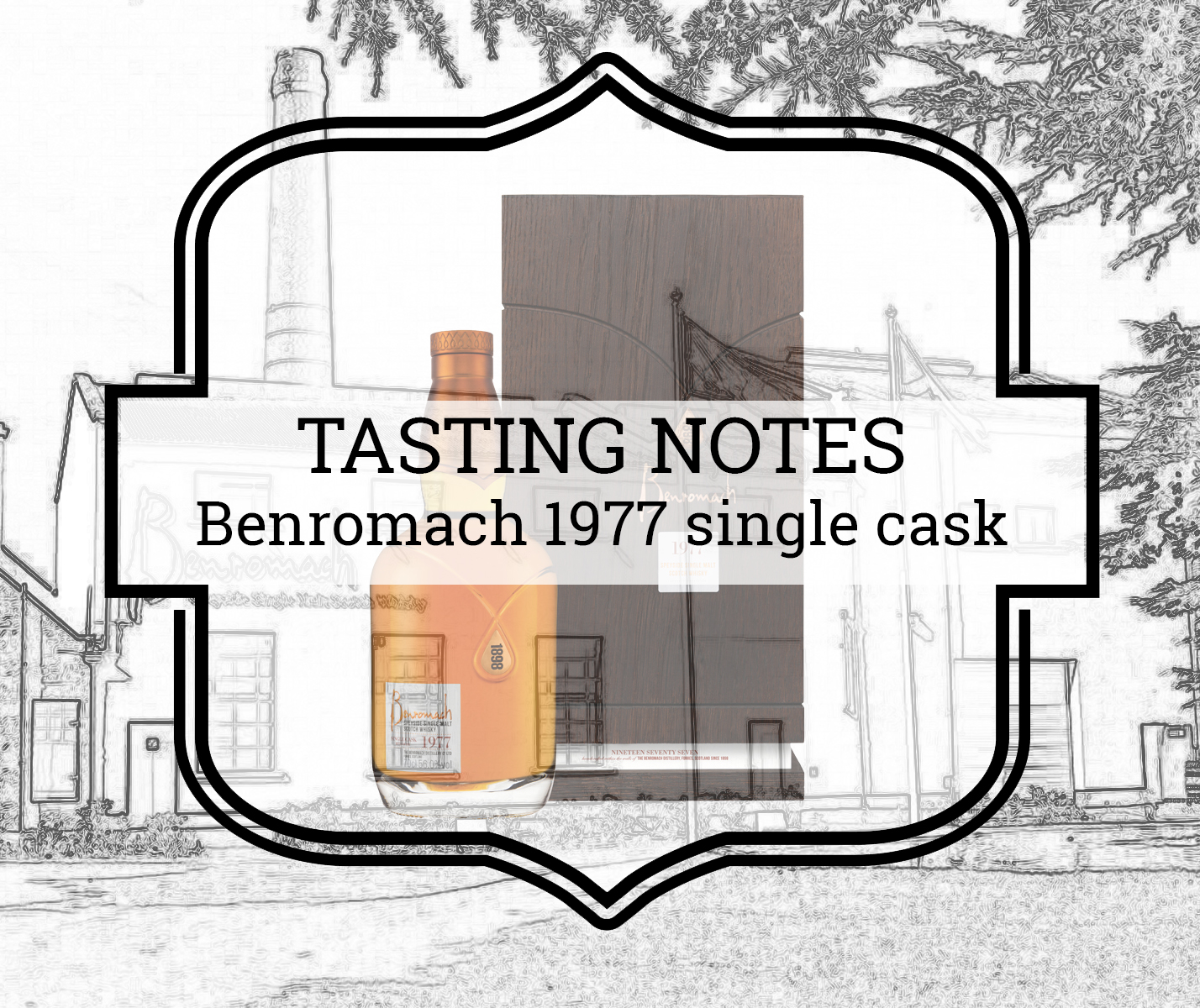 Forres based Speyside Distillery rolls out another single cask from its warehouse. This 1977 cask follows three previous vintages: 1973, 1974 and 1975.

Once again it is a refill American oak hogshead from the seventies, long before Gordon & Macphail took over the reins in 1993.

David King, Director at Benromach said: Almost four decades have passed since cask 1268 was laid down to quietly mature in the traditional dunnage warehouses that surround Benromach Distillery. While this beautiful whisky drew its incredible depth, character and luxurious flavours from the wood, all around the cask, the distillery was evolving and changing. After it closed in 1983, the distillery lay silent for more than 15 years before it was revived by the Urquhart family.
These carefully selected casks give Benromach lovers around the world the chance to own and taste a moment in time from the distillery’s rich history. We’ve been sampling this cask over the years and feel only now that it is ready to be unveiled. 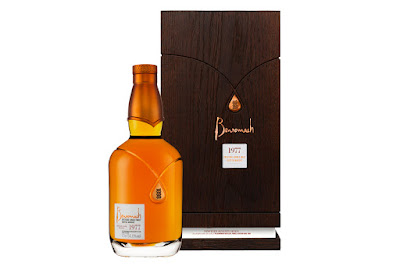 Colour: Clear gold. Despite its 39 years in the cask, it is slightly paler in colour than the 10-year-old. But that only hints to the use of sherry casks in the vatting. The legs are slow and a few drops of water creates some dense Scottish mist.

Nose: Lots of woody aromas. Spices, oak and mint. Beef broth flavoured with honey and oranges (seems like an odd combination but it works, in this whisky at least). Butterscotch candy, tobacco and beeswax. Polished furniture in an African colonial house. Quite some fruity notes for its age: papaya and passion fruit, mango and pineapple.
With water: Again those woody flavours. White tea with pieces of fruit. Orange marmalade and bitter tangerines. Dried old vanilla beans and a bag of dried fruit. Mainly apricot and banana.

Taste: Lots of pepper at the start. Malt, bananas and apricots add some sweetness to the palate. The silky texture contrasts with the spicy debut. Oak and old dense wood. Tobacco leaf and vanilla bean. Oranges and flower honey. Cedarwood, coconut and passion fruit coulis.
With water: More fruity. Pineapple ice cream, malt, dark caramel with a slightly bitter note. The whisky can take quite some water (I thought was a bit too generous with water but fortunately looks deceived. It still was an incredibly tasty dram.) Even more vibrant. Pineapple jam with a few flakes of chilli. Oranges.

These 1970's single casks from Benromach are slow and exclusive sippers. Drams to aid you in a meditation exercise and to be enjoyed in utter silence and solitude (or a restricted committee). A fabulous liquid time machine constructed from old wood by a young rebellious engineer. At €1500 this is most certainly not your everyday dram but one of those one in a lifetime bottles that will bring back good stories. 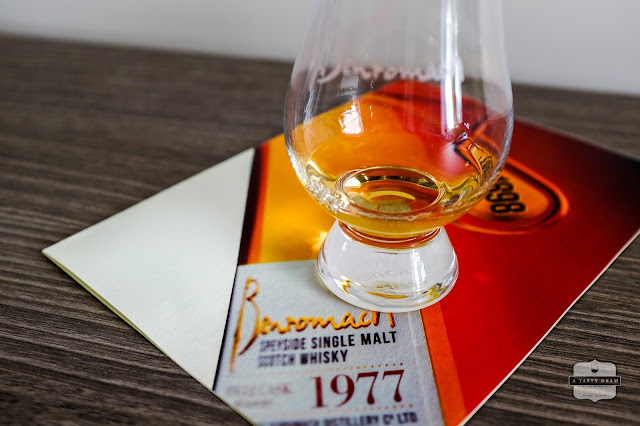 Image: Benromach
Sample disclosure: The Benromach 1977 sample was offered by Benromach Distillery. Opinions expressed in this review are of course my own.